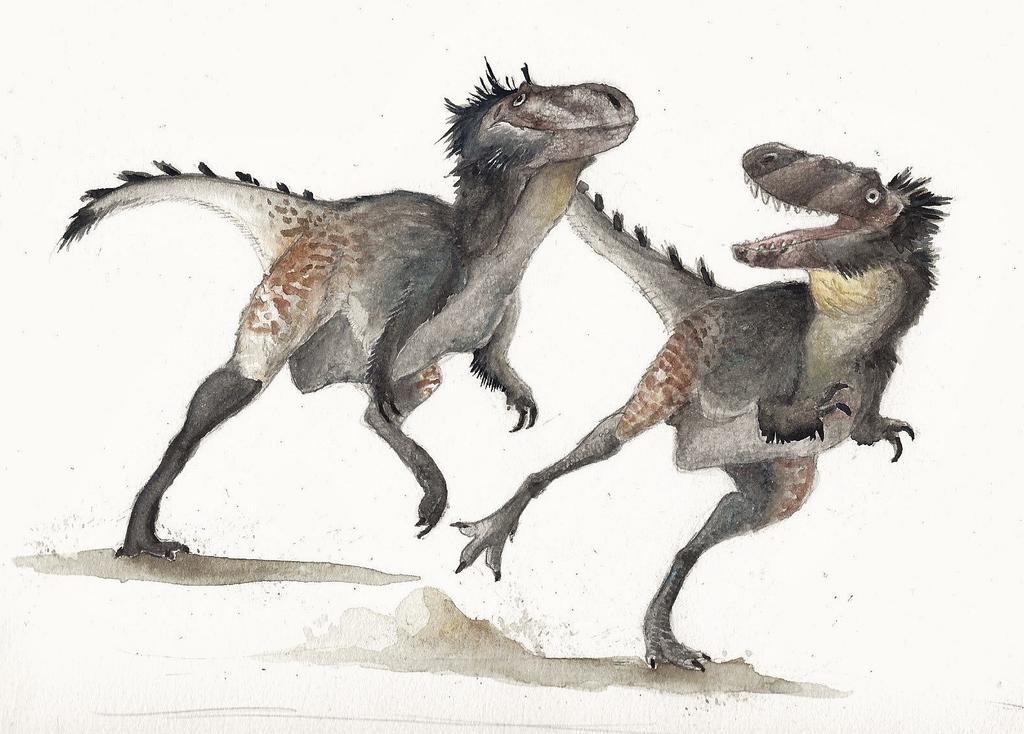 Timurlengia was a horse-sized tyrannosaur found within the 20-million-year “tyrannosaur gap,” a dearth of tyrannosaur fossils that had previously existed between small basal tyrannosaurs of the early Cretaceous (like Dilong) and the apex predators of the latest Cretaceous (Tyrannosaurus, Tarbosaurus, Gorgosaurus, Daspletosaurus, etc). The discovery of Timurlengia showed that tyrannosaurs first developed their acute senses (Timurlengia had really long inner ear passages, presumably for hearing low-frequency sounds, and brain features that indicate acute sight and smell) and then bulked up later.

Tyrannosaurs grew up in the shadow of the giant carcharodontosaurs like Carcharodontosaurus, Mapusaurus, and Giganotosaurus, which peaked in size in the Cenomanian (early Late Cretaceous) 98-94 million years ago. During that time, the ancestors of the future giant tyrannosaurs were leggy, cursorial marginal hunters like Moros:

As the Cretaceous wore on and the continents continued to drift farther apart, the carcharodontosaurs began to decline, and the tyrannosaurs were poised to take over (in the northern hemisphere at least. In the south, abelisaurs like Carnotaurus and Majungasaurus became the new apex predators). Tyrannosaurs became highly successful due to a few key adaptations*:

* This is also covered in my other post, The Dinosaur Family: An Overview.

It was only very recently that we’ve been able to paint a coherent picture of tyrannosauroid evolution. Dilong, a very early tyrannosauroid, was discovered in 2004; then there was a period of speculation due to the lack of fossil material until Timurlengia was described in 2016. Since then, more tyrannosaurs have been found that fill the evolutionary “gap”; Moros and Suskityrannus were just described this year (2019). A key player in getting this story straight was Steve Brusatte, a tyrannosaur expert and author of The Rise and Fall of the Dinosaurs: A New History of a Lost World, which is a terrific book that I highly recommend.