If you’re like me, you learned that King Philip Came Over For Grape Soda in high school (or, Kids Playing Chess On Freeways Get Squished, if you were part of the edgy crowd) as a mnemonic for remembering Linnean cladistic levels. Kingdom, Animalia. Phylum, Chordata. Class, Mammalia. Order, Primates. Family, Hominids. Genus, Homo. Species, Sapiens. Very clean and organized. You may have also had to memorize the five Kingdoms (Animalia, Plantae, Protista, Eubacteria, Archaebacteria) and the five classes of vertebrates (fish, amphibians, reptiles, mammals, birds).

Unfortunately, real life is not that clear-cut. Life often defies classification, and a seven-tiered cladistic system is hugely inadequate for fully defining the tree of life. Furthermore, a lot of that stuff you had to memorize in school is just straight-up wrong (for example, birds are a subset of reptiles, and all of them are subsets of fish, but in school they’re represented as separate classes).

Before we jump into the big mess that is the phylogenetic tree of life, let’s go over how cladistics works with a small-scale example. Let’s say we have two species of alien who live on an island: the Greebs and the Cloobs. Greebs and Cloobs look pretty similar to each other, except Greebs are green, and Cloobs are red, and they are incapable of breeding with each other. 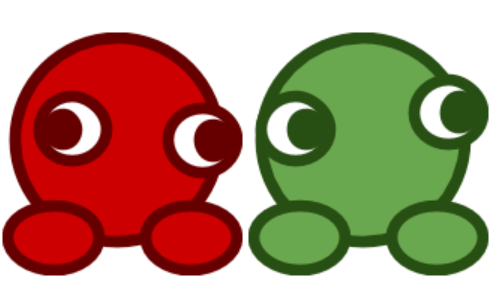 Figure 1. A Cloob (left) and a Greeb (right). One day, a child is born to Cloob parents who is much greener than usual. In fact, this baby Cloob is greener than many Greebs! Would you call this unusual green Cloob, a Greeb? No. It’s still a Cloob, because its parents are Cloobs, and their parents are also Cloobs. The fact that it looks sort of like a Greeb is irrelevant.

At some point, a group of Greebs moves to a different island. Over time, they become more and more orange. They start calling themselves Graps. Are the Graps no longer Greebs? From a phylogenetic standpoint, no–they are just a subset of Greebs, because their ancestors at one point were Greebs. 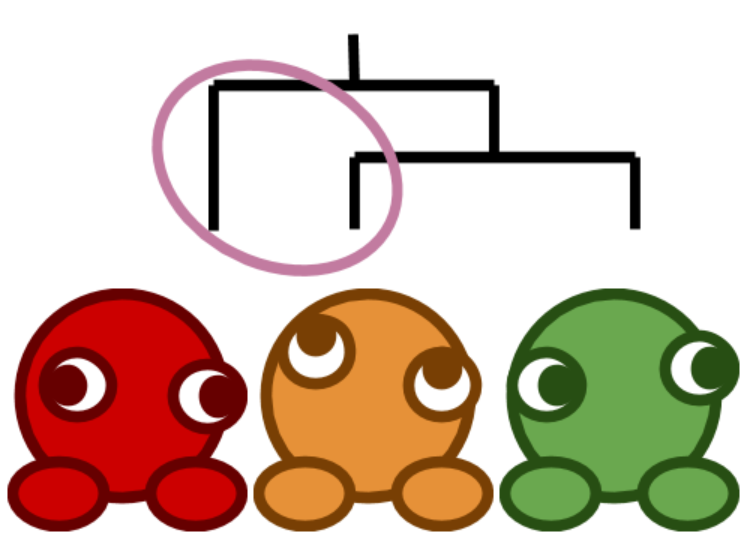 Figure 4. A phylogenetic tree showing the lineage of Cloobs, Graps, and Greebs. The magenta circle indicates the proposed “Grap-Cloob” clade.

What the scientist is proposing is known as a polyphyletic group. That’s just a fancy word that means you’ve decided to include and exclude groups more or less at random, instead of including all members of a certain branch of the tree. The only monophyletic clades you could make out of this tree are the clade including Graps and Greebs but excluding Cloobs, and the clade including all three groups.

Now we’re ready to figure out why I am a fish. Handily, we can use the exact same picture: 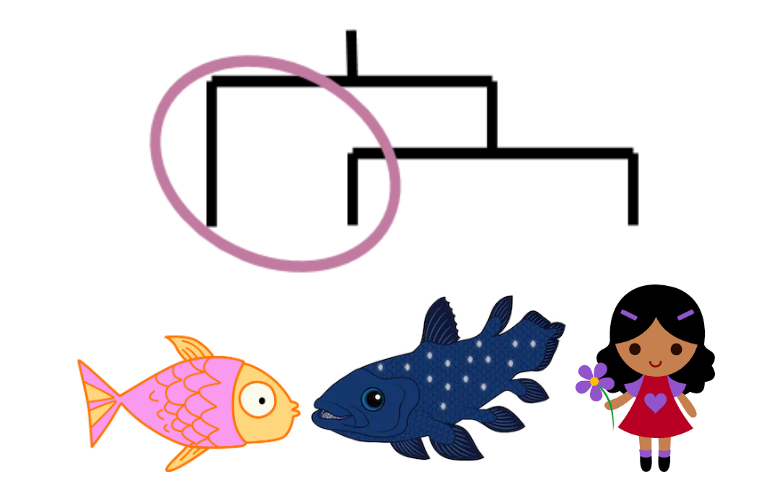 Figure 5. A phylogenetic tree showing the lineage of goldfish, coelacanths, and humans. The magenta circle indicates the polyphyletic group commonly known as “fish”. 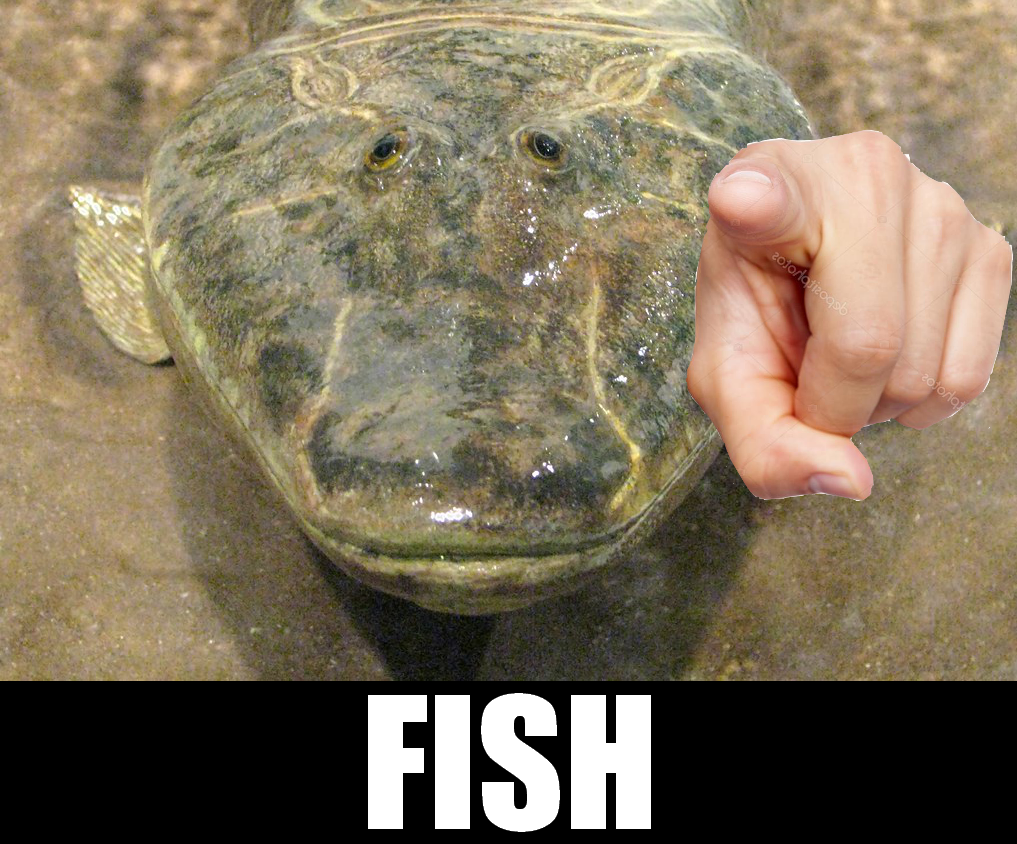 Believe it or not, I did not make this meme.

The leftmost group, including just the goldfish, is called Actinopterygii (“ACT-in-OP-ter-EE-jee-ai”), or ray-finned fish. The branch including humans and coelacanths is called Sarcopterygii (“sar-COP-ter-EE-jee-ai”), or lobe-finned fish. Even above this is another level of creatures people commonly call fish–the sharks and rays, or Chondrichthyes (“cond-RIK-theez”), cartilaginous fish. Goldfish are more closely related to us than they are to sharks.

Page image source You Are A Fish