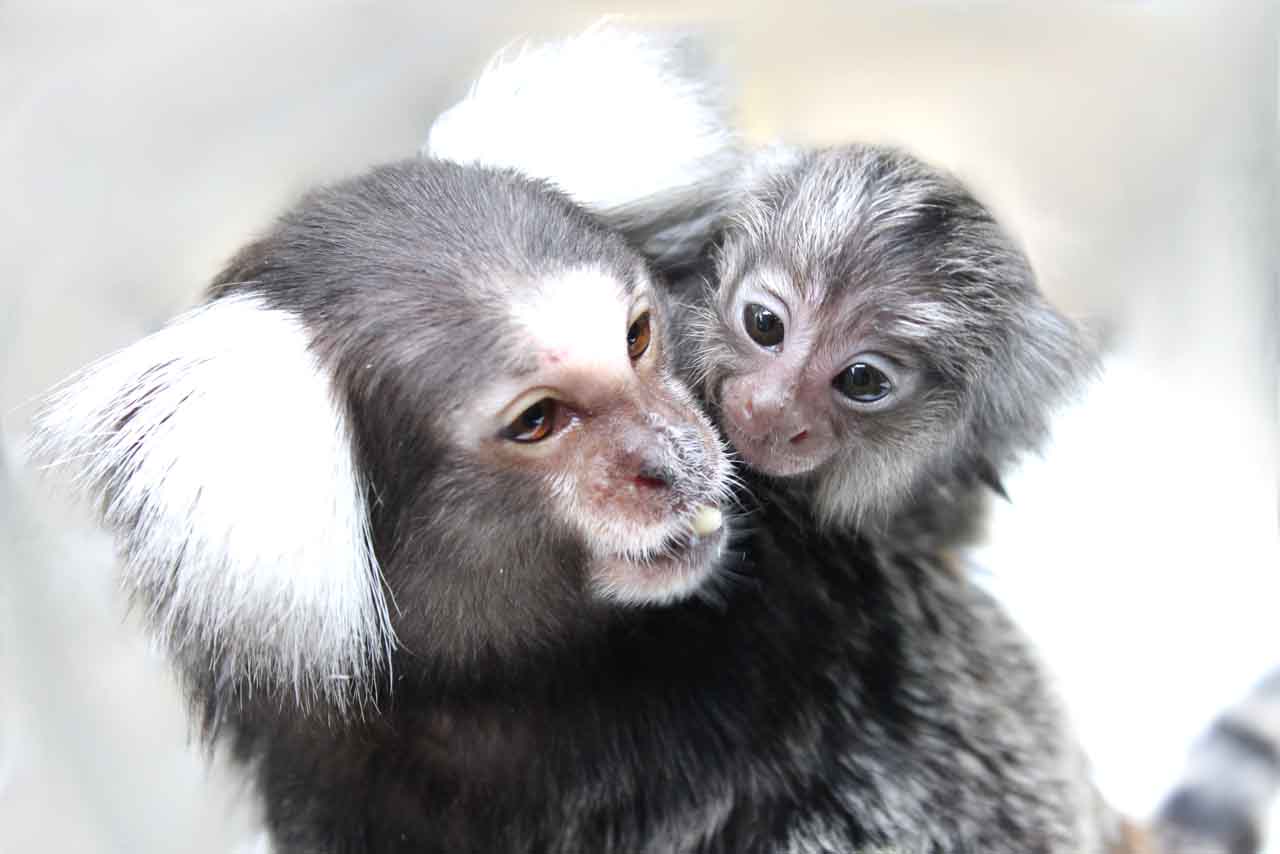 Classically, mammals are the animal group best-known for giving live birth. But did you know that live birth has evolved independently hundreds of times in everything from sharks, snakes, frogs, and fish to cockroaches and scorpions? In fact, while mammals evolved their strategy for giving live birth just once and stuck with it, different groups of squamates (lizards and snakes) have taken this evolutionary path at least 115 times [1]! Even among the super-ancient armored fish that lived 400 million years ago, the placoderms, at least some were placentally viviparous.

Since a similar strategy has shown up so many times independently among so many different groups, it makes sense that not every group would approach the problem the same way. A lot of very strange biological phenomena happen in the wombs of live-bearing animals, many of which aren’t well understood. Even in our own wombs, causes and effects are often known only empirically, without understanding of the underlying mechanism.

In this post, I want to highlight a few of the weirder things that happen to animals during pregnancy. This isn’t a comprehensive list by any means–there are probably tons of phenomena I just haven’t heard of, and lots more that are yet to be discovered!

The sand tiger shark is a 3m (10ft) lamniform shark common in coastlines and aquariums across the world. It has a very unusual post-fertilization reproductive strategy. The female has many fertilized eggs in each of her two uteri, which develop into a few embryos. Then, when the first embryo hatches, it quickly develops eyes, teeth, and a hunger for its siblings’ flesh. In each uterus, a single large hatchling cannibalizes the rest of the embryos, and subsists on the cache of unfertilized eggs for the duration of the pregnancy, before being born at an extremely large size (commonly over a meter long, or one-third the length of the mother). The behavior of eating siblings in the womb is called adelphophagy, and is known to occur in 13 species of shark across three orders, as well as in certain marine worms and snails. Eating unfertilized eggs while still in the womb is known as oophagy, and is known only in the same groups that practice adelphophagy.

What’s the adaptive purpose of this behavior? There are a few reasons adelphophagy might be advantageous. First, there is an event that selects for the strongest (or at least earliest-hatching) individual even before the pups leave the womb, making sure that the pups that survive to birth are the best of the litter. The hatchling also gets experience in predation in a safe environment. Furthermore, nutrition acquired from the other embryos allows the pups to reach large sizes before birth, reducing the class of potential predators that could pose a danger to them in the real world.

Adelphophagy also has strange effects on paternity and breeding behavior. Usually, a female shark will mate with multiple males, resulting in a mixed-paternity litter; but often the two pups that are actually born are full siblings, sharing the same father [2]. This way, the female can be behaviorally polyandrous, which saves her energy by precluding the need to select a mate and fend off other suitors, but can still reap the benefit of choosiness by only giving birth to the best male’s offspring. In male sharks, there is selection pressure toward mate-guarding behavior, in which a male shark tries to be the first to mate with a receptive female, as well as toward genes that cause faster hatchling growth and development in utero. In this arrangement, male sharks really get the short end of the stick–it’s possible for a male shark to mate with lots of females and still never have any offspring.

Marmosets are a family of cute little monkeys native to Central and South America. They live in family groups of a father, one or two mothers, and their offspring, and exhibit extensive cooperative infant-rearing behavior. Father marmosets are even known to help their mates give birth, clean up afterward, and cut the umbilical cord. That’s more involvement than most human fathers!

One aspect unique to marmosets is their tendency to be genetic chimeras–that is, for one individual to possess someone else’s genes in certain parts of their bodies, in addition to their own. This is because marmosets always come in pairs of fraternal twins, whose placentas fuse in the womb and allow the exchange of embryonic stem cells. These stem cells migrate all over the fetus’s body and become part of most of its tissues, including its reproductive organs. This means that it’s possible for a marmoset to father its brother’s children! There is also one documented case of a female marmoset who received reproductive cells from her twin brother, and gave birth to his genetic offspring–meaning it could be possible for a marmoset mother to give her offspring a Y chromosome [3]. (That this may result in non-viable embryos with two Y chromosomes and no Xs is an unexplored consequence.)

The fact that marmoset siblings are more closely related to one another than they would be otherwise may help to explain the altruistic behaviors sibling and father marmosets exhibit in caring for infants, which is advantageous for the group’s reproductive success.

Eggs versus live birth: having it both ways

Nearly all animals fall into one of two categories: those that lay eggs, and those that give live birth. However, a certain lizard, the Australian skink, is now known to be able to do both at the same time. This isn’t a case of certain individuals of a species giving live birth while others lay eggs (although these skinks do that too), or even a case of an individual sometimes giving live birth to a litter and other times laying a clutch of eggs. No, it’s actually possible for a single mother to lay a few viable eggs, but hold onto one internally to birth later [4].

There are pros and cons to each reproductive method. With eggs, you can have more young per clutch and you have the option to abandon them if things go south, but you have to work harder to keep them warm and protect them from predators, and you’re pinned to one nesting location for the duration of incubation. With live birth, you can’t have as many per litter, you can’t abort in the wild, and pregnancy is taxing on the mother’s body, but keeping the young warm and safe is automatic as long as the mother stays safe herself. To be able to do one or the other as the situation demands, or even to be able to do both at the same time, could be advantageous in an uncertain environment.

The more older brothers a man has, the more likely he is to be gay

As unlikely as the above statement sounds, it is one of the most well-documented biological correlations to sexual orientation. It’s called the fraternal birth order effect, and while the effect is strong (for each older brother a man has, his chance of being gay increases by about a third)* it only accounts for around 29% of the gay population, indicating that it is only one of potentially many biological drivers of homosexuality [5]. Its mechanism was also unknown until recently–now, scientists think that increasing maternal immune response to male-specific proteins [6] may be the cause. A different, non-biological theory to explain the disproportionate number of older brothers gay men have, that social aspects of growing up with older brothers somehow influences sexuality, hasn’t found support, since biological brothers reared apart still contribute to the effect while unrelated older step-brothers in the same household do not.

Some scientists have objections to how studies are run, results are reported, and data are sampled, arguing that we may be overestimating both the effect’s strength and our understanding of it [7]. But the scientific consensus is that there is definitely a significant correlation between homosexuality in men and a disproportionate number of older brothers.

Biology is ridiculously complex–imagine how far we would have to advance technologically in order to grow a human from scratch, or even a flatworm. (We can’t even grow a hamburger yet!) And since live birth arose independently among so many groups throughout the history of life, it makes sense that many strange and wonderful phenomena take place in the wombs of various creatures. I’m sure much, much more surprising stuff is waiting to be discovered. If you know of any that I neglected to mention, drop me a line. I’d love to learn more!