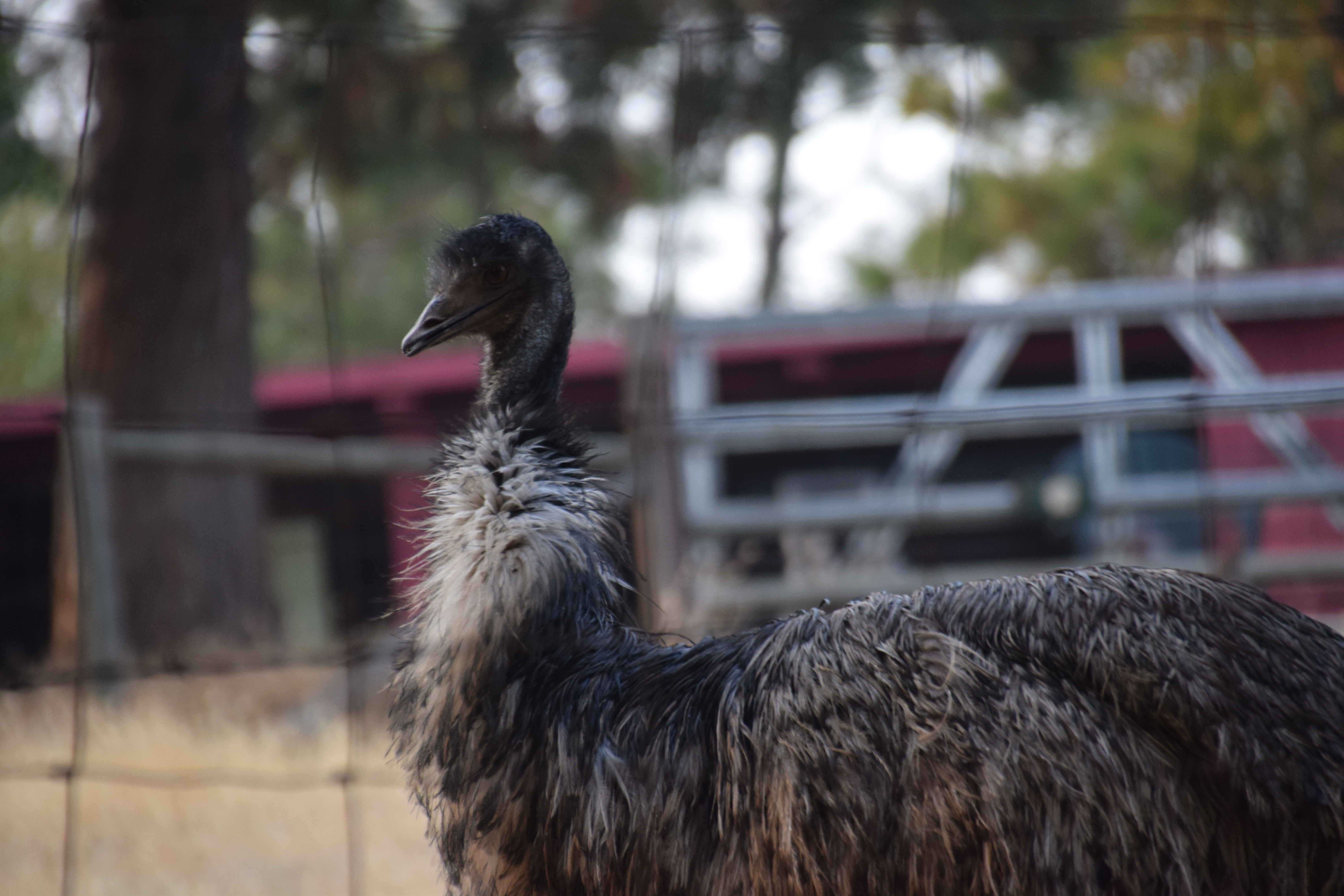 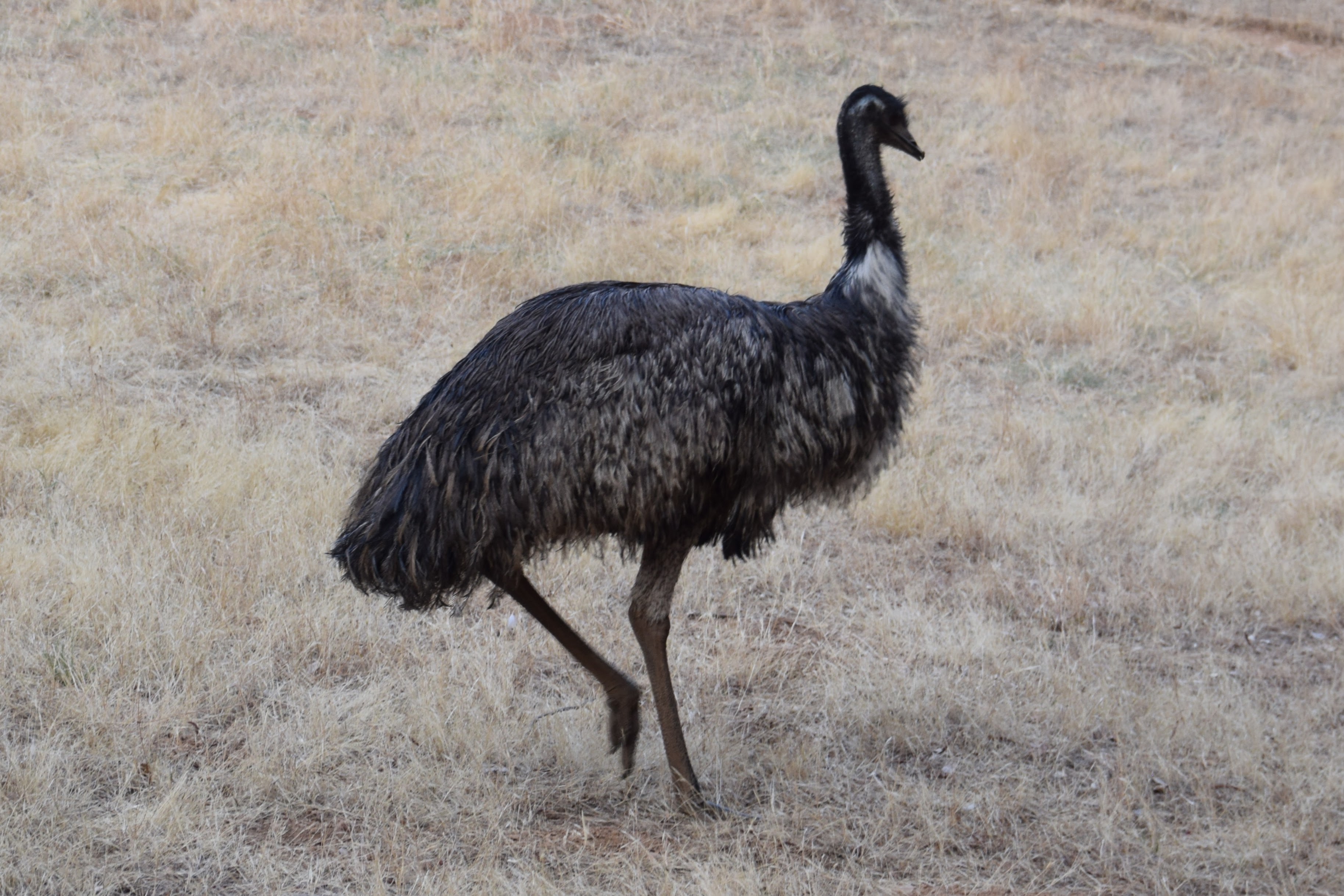 One of my parents’ new neighbors owns an emu! They also have goats, sheep, turkeys, dogs, llamas, and chickens, but the emu gets its own pen and is by far the most exotic of their pets. It was just walking around and spent a lot of time preening itself with its beak. It has so much neck mobility that it can just hold its body stationary and move its head to reach any part it wants. 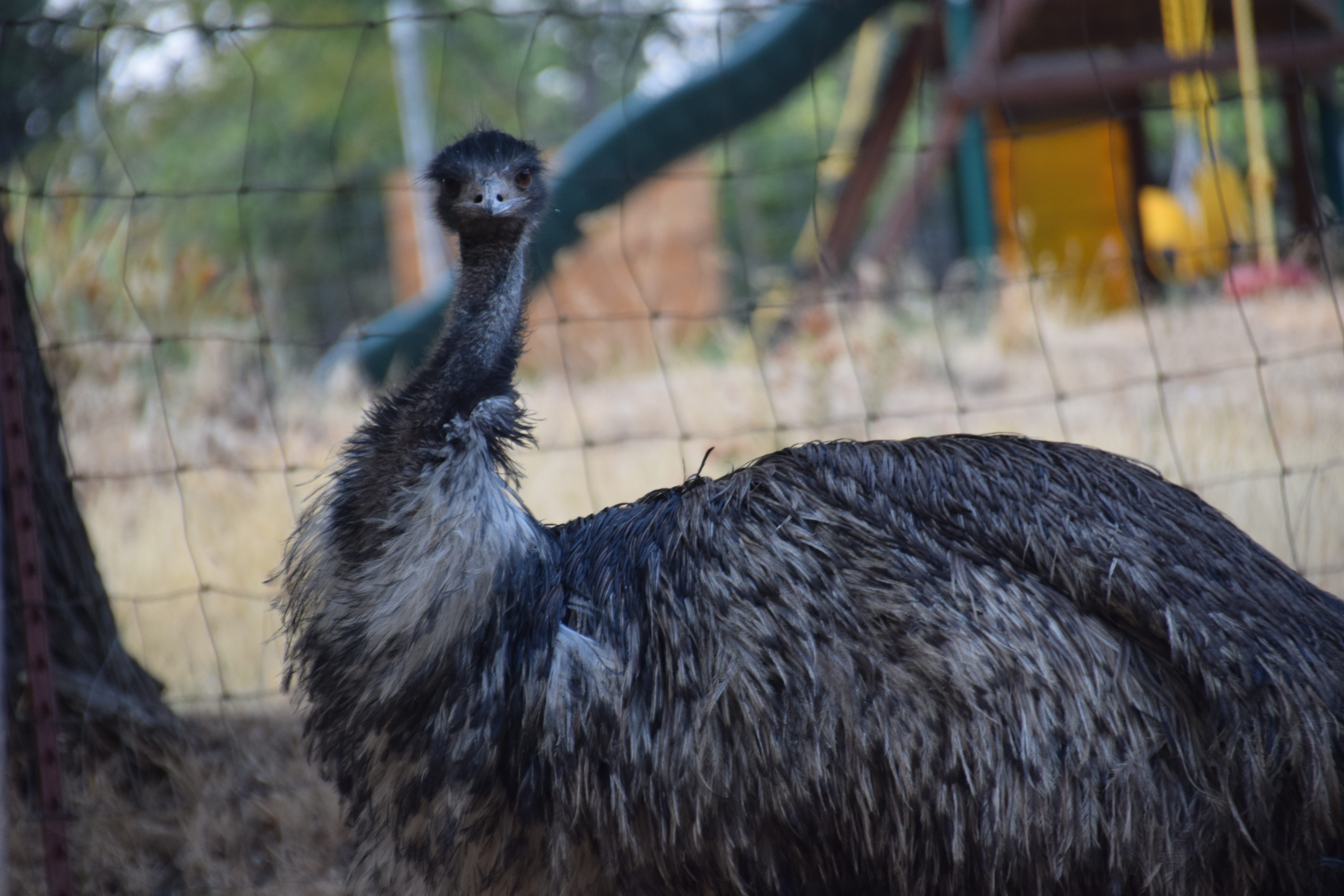 Emus are part of the group Paleognathae, a southern-hemisphere group that also includes ostriches, kiwis, cassowaries, tinamous (the unusual flighted member), and the extinct elephant birds and moa. These dinosaurs are the most distantly related to other living birds, their lineage having split off in the Early Cretaceous. They descended from a flighted ancestor, and developed flightlessness multiple times. Though it seems intuitively maladaptive, I guess ditching flight is a winning strategy for large-bodied birds in many situations. Even before ratites existed, the ornithomimid dinosaurs employed a similar strategy, and even before that, the crocodile relative Effigia also exhibited a long-legged, bipedal, beaked body plan. 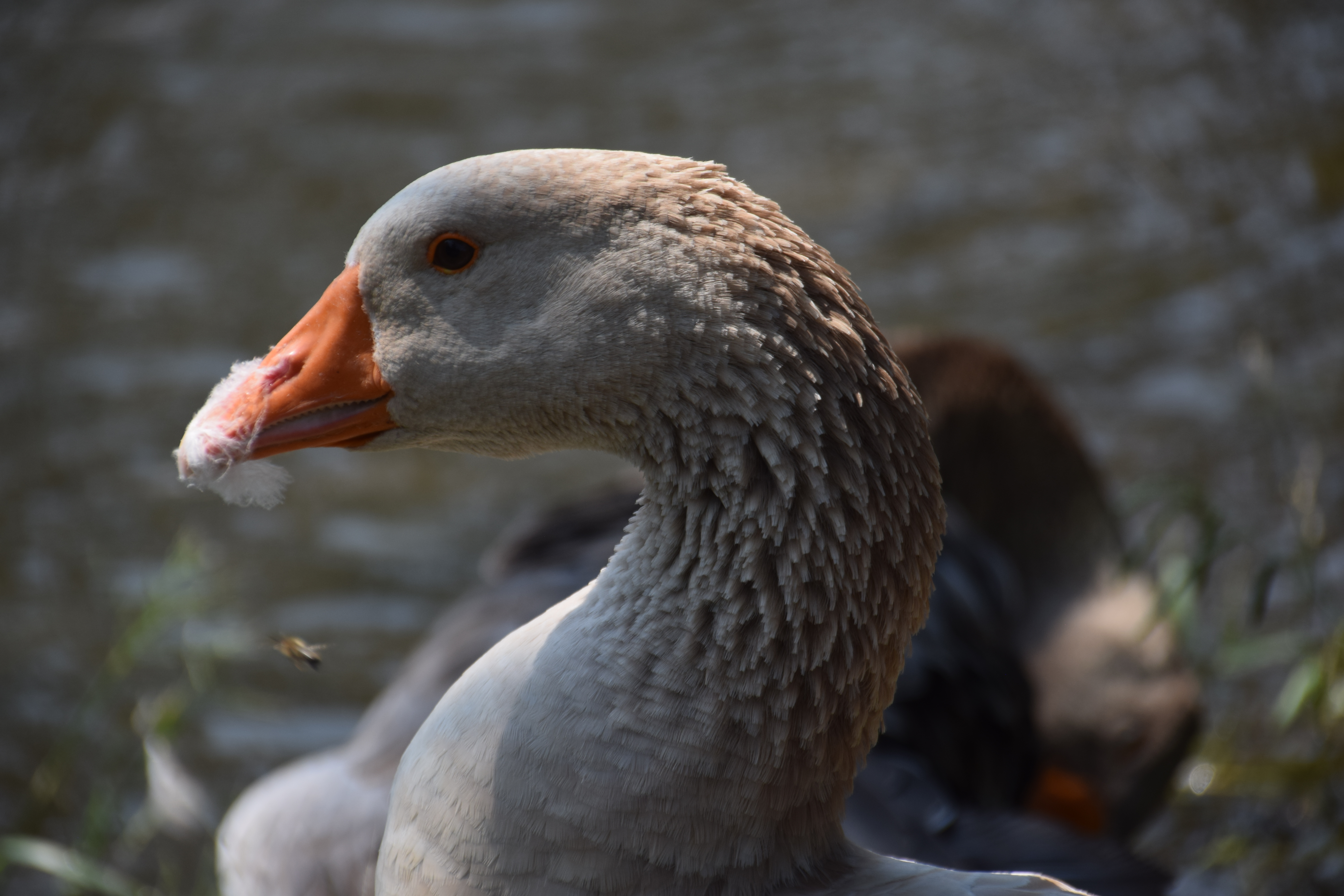 These geese were in a pond at an orchard I visited, and were quite used to human presence, so I was able to get really close. Like the emu, they spent a lot of time preening (that’s why his beak is full of down here). This goose is a feral hybrid of a domestic greylag, which is a European species, and the American snow goose. 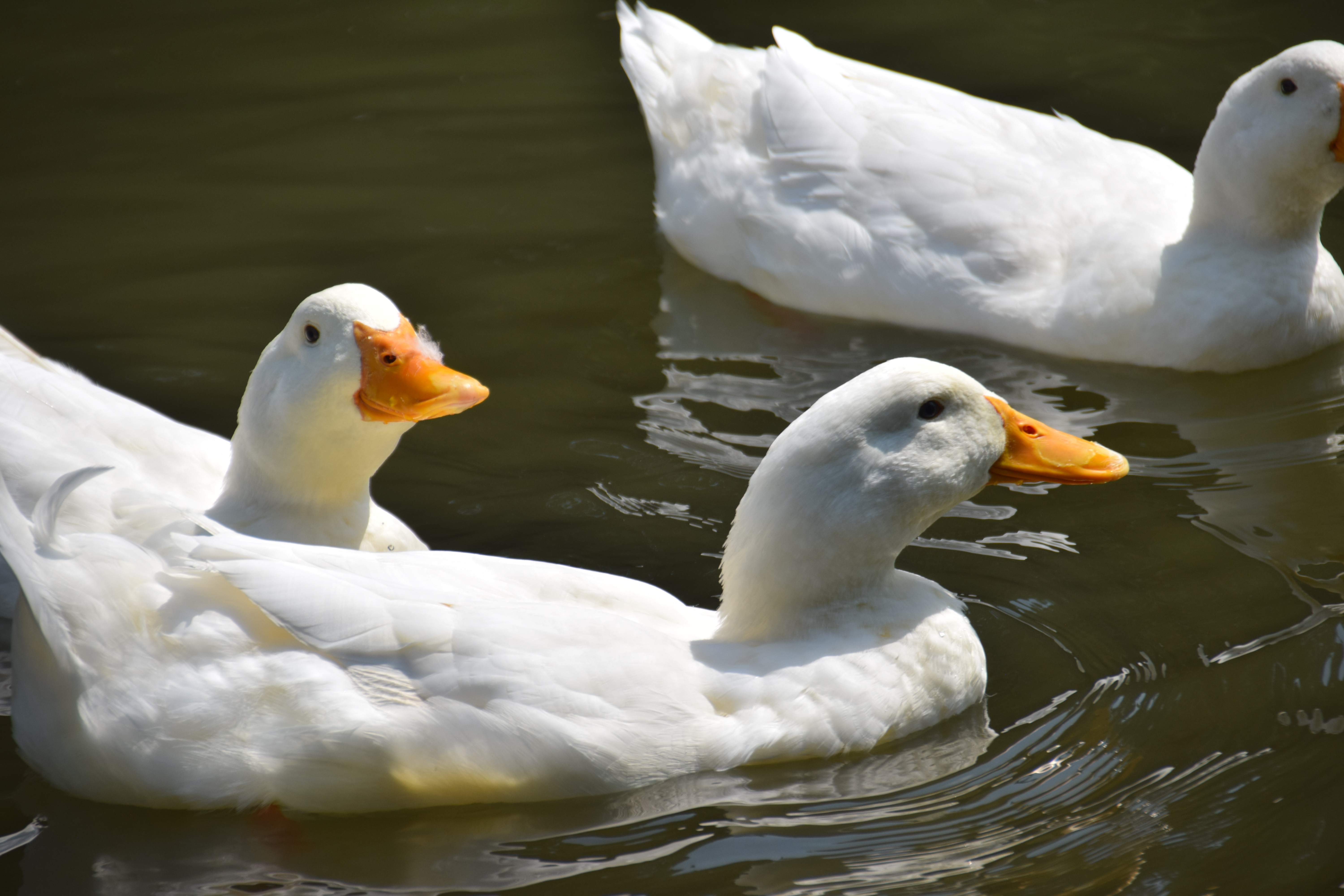 Speaking of snow geese, the same pond was home to three snow geese, which spend their summers in the Arctic and their winters in Mexico. Perhaps these were just stopping by the pond on their way to Mexico, or perhaps they were tempted into taking up permanent residence at this pond by the abundance of bread crumbs. Peace was never an option! 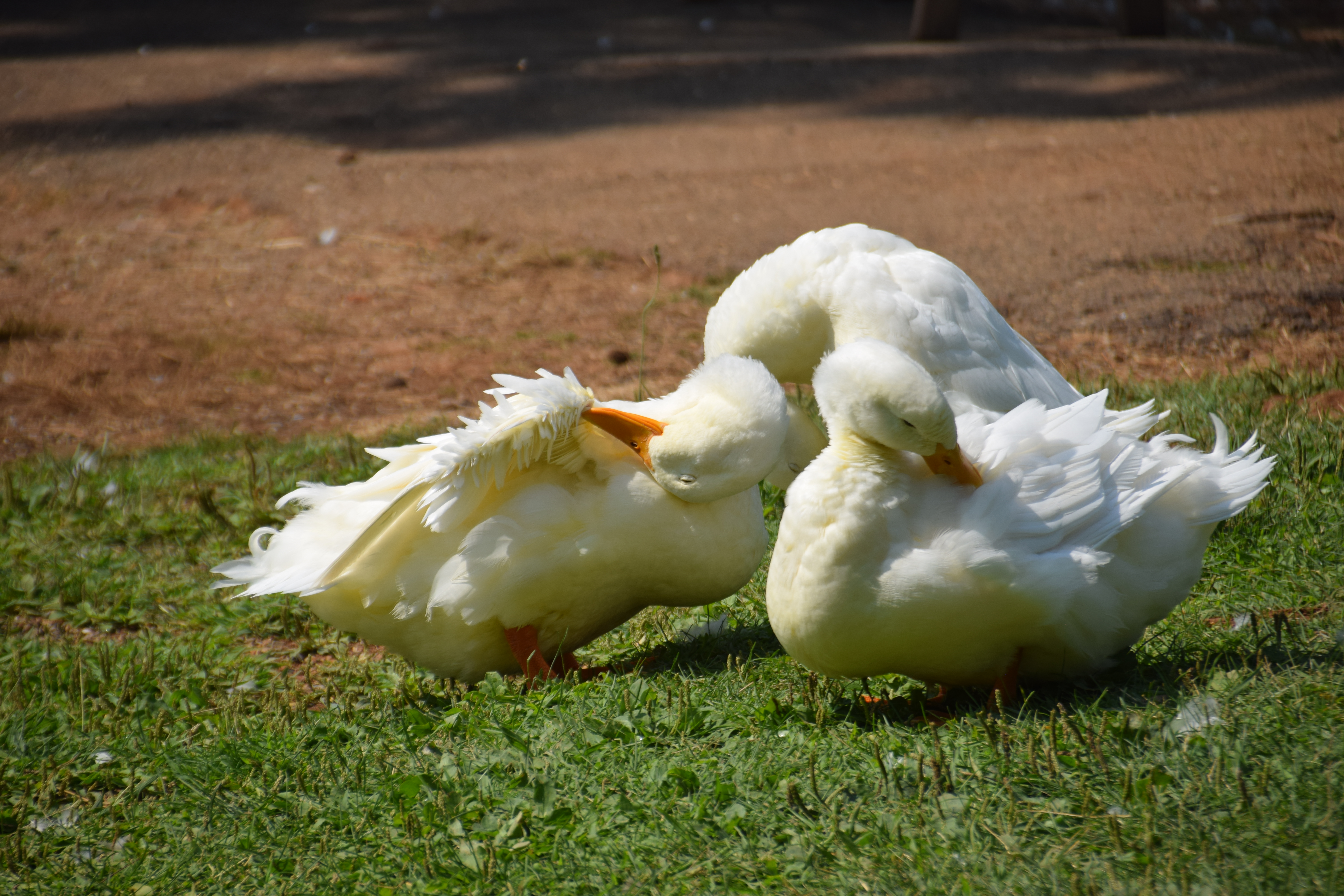 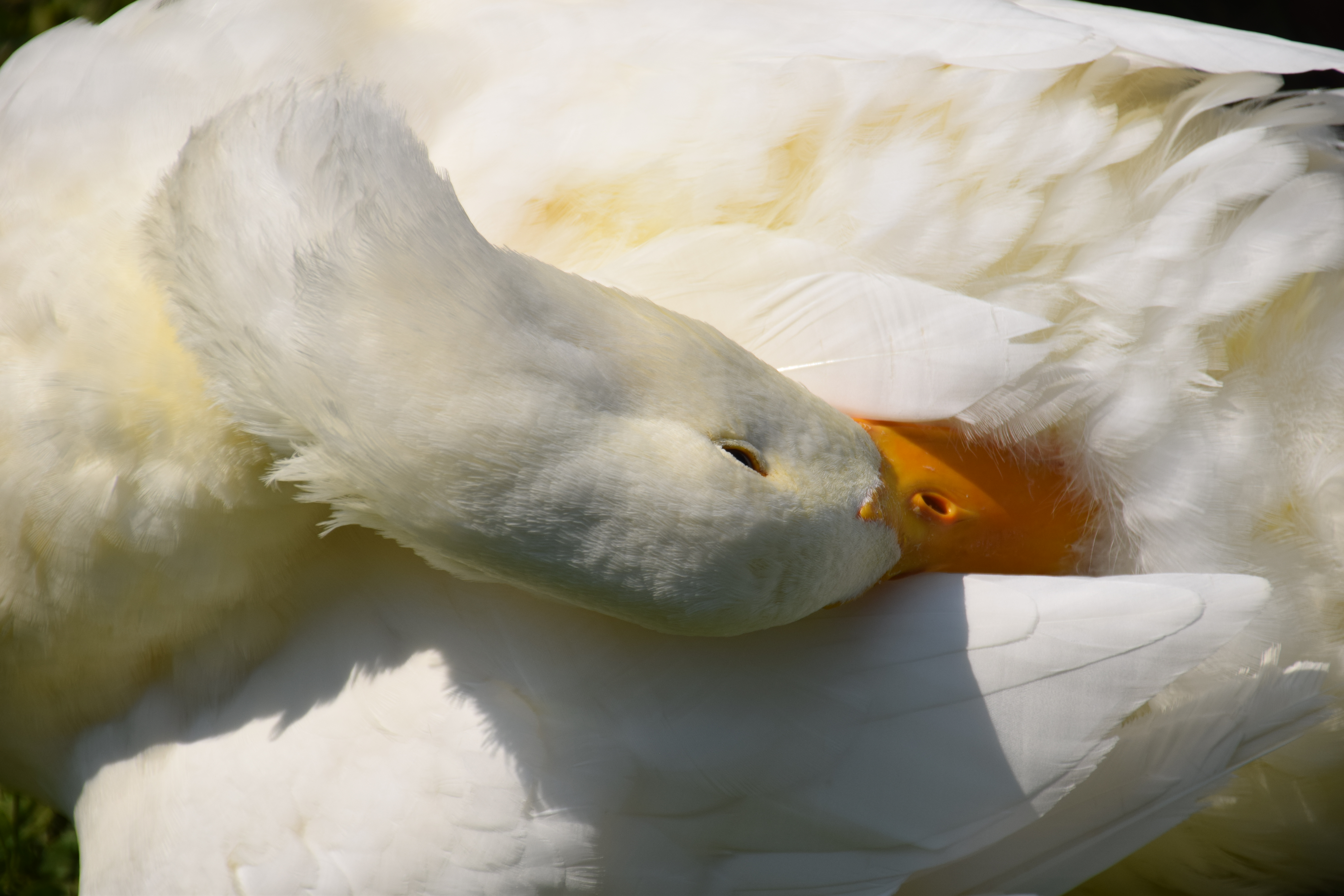 Like the greylag, these geese were used to humans and allowed me to get really close once they realized I wasn’t a screaming child. 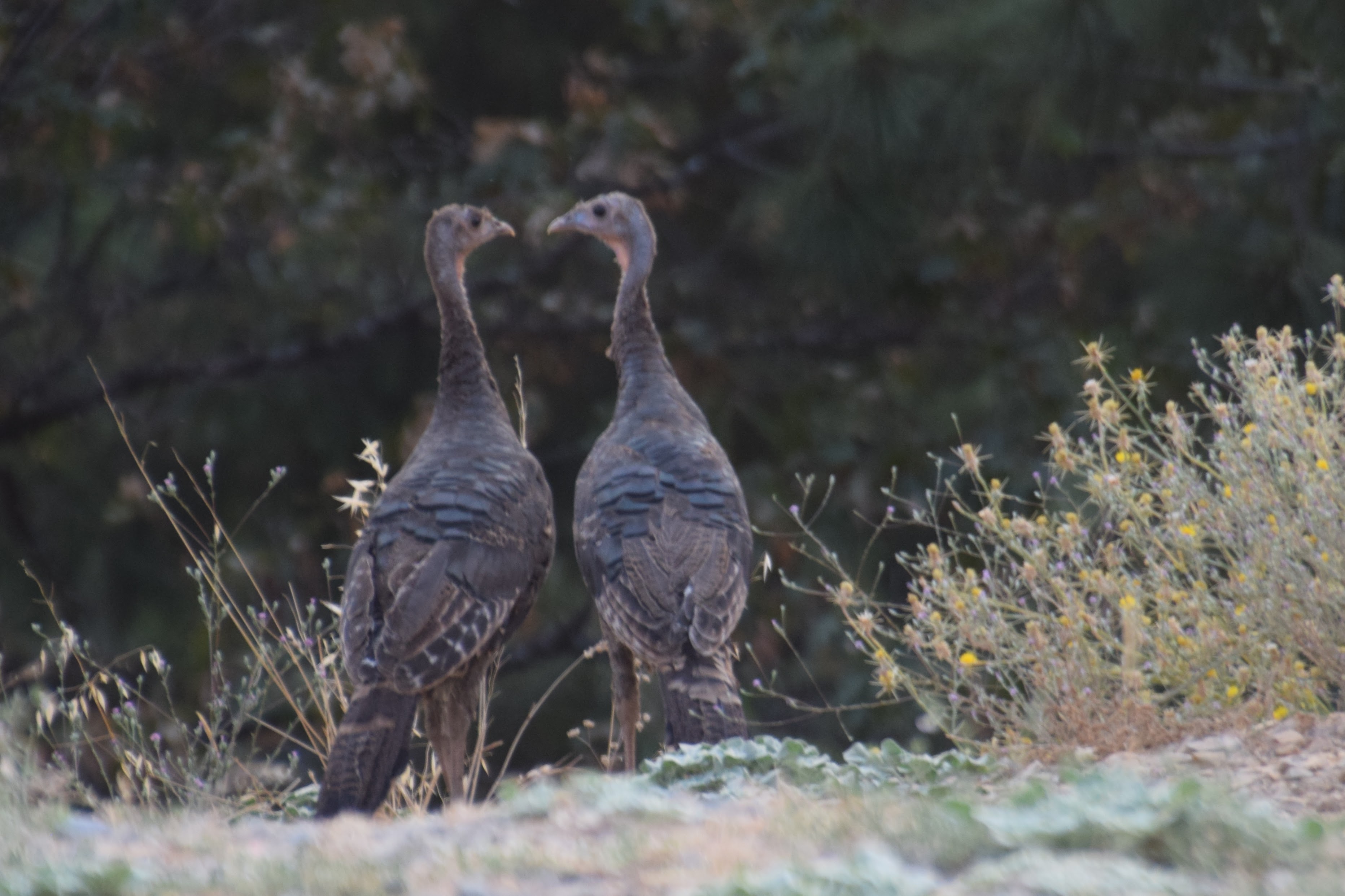 I see lots of wild turkeys when I go for walks and bike rides. These poults (baby turkeys are called poults, which comes from the same word root as poultry) were part of a family of 8 or so individuals. It looks to me like they’re gossiping. 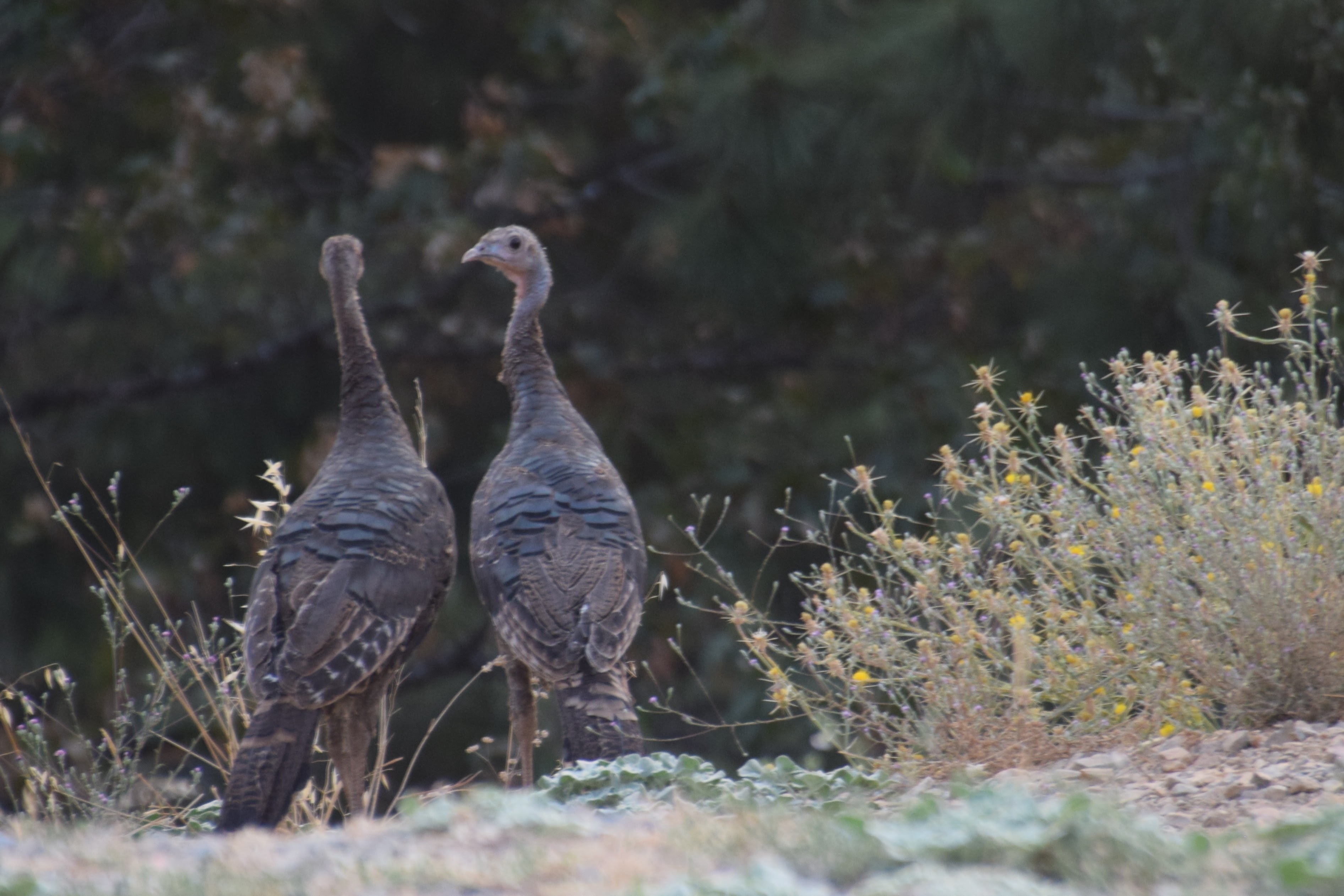 Turkeys, geese, and other fowl are the second-most-primitive group of living dinosaurs, after paleognaths. The rest of the birds make up the clade Neoaves, and are all more closely related to one another than to fowl or to ratites. 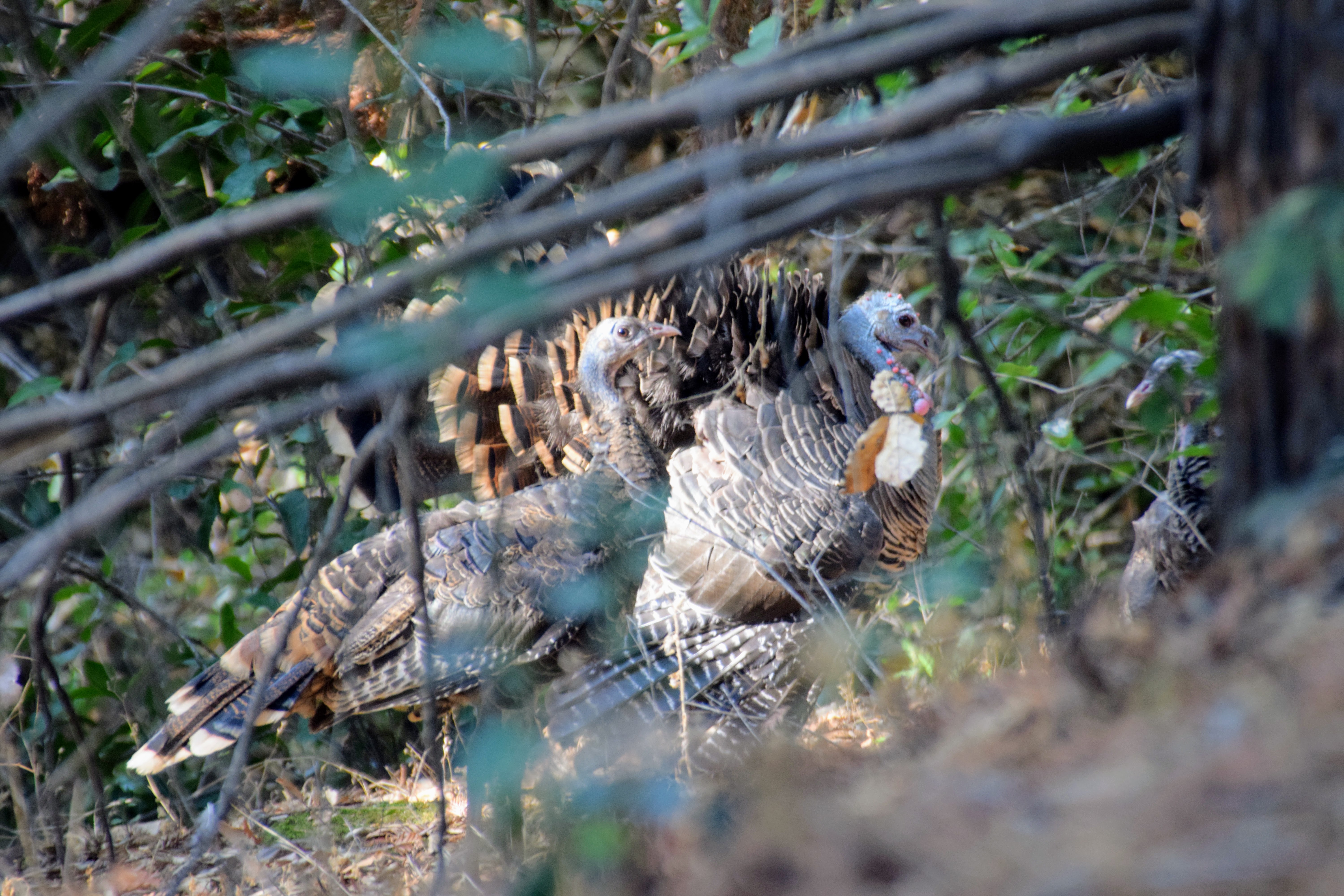 I’ve never seen a turkey do the classic pose in real life before! Fittingly, it’s called “strutting”. This young male will still be traveling with his mom and siblings through the winter, and will strike out on his own in the spring. Looks like he’s practicing his strut. His sister looks a little exasperated. 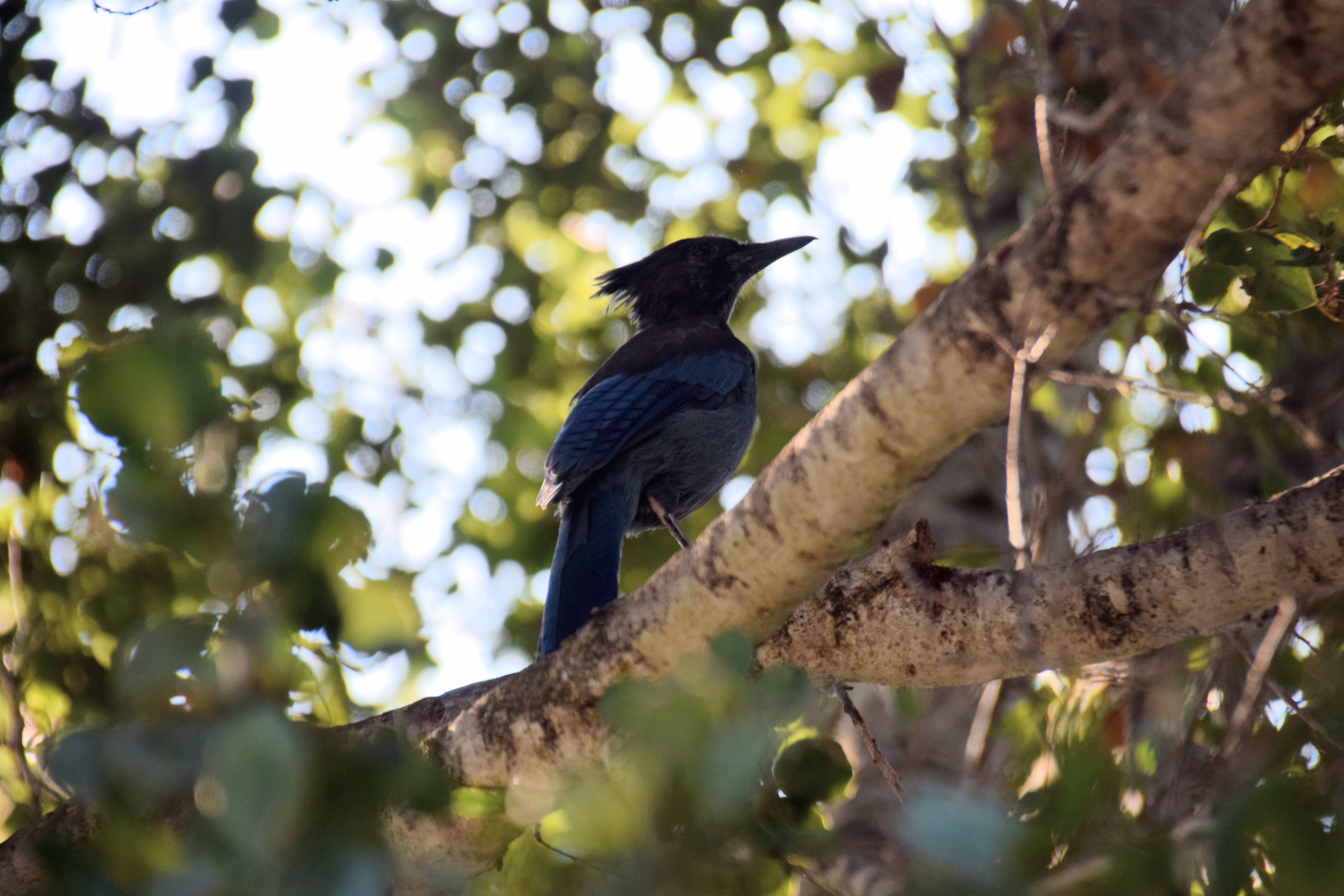 I was trying all morning to get some good photos of these pretty jays. They’re very loud, so they’re easy to track down (although they make a variety of calls), but they often spend time in high treetops and move around a lot, making it difficult to get a good picture. Finally I found an oak tree that was home to a whole family–two adults and two juveniles. They were flitting back and forth between their home tree, which was a large oak, a small Japanese maple in someone’s front yard, and the lawn, and I was scrambling back and forth to get as many pictures as possible. 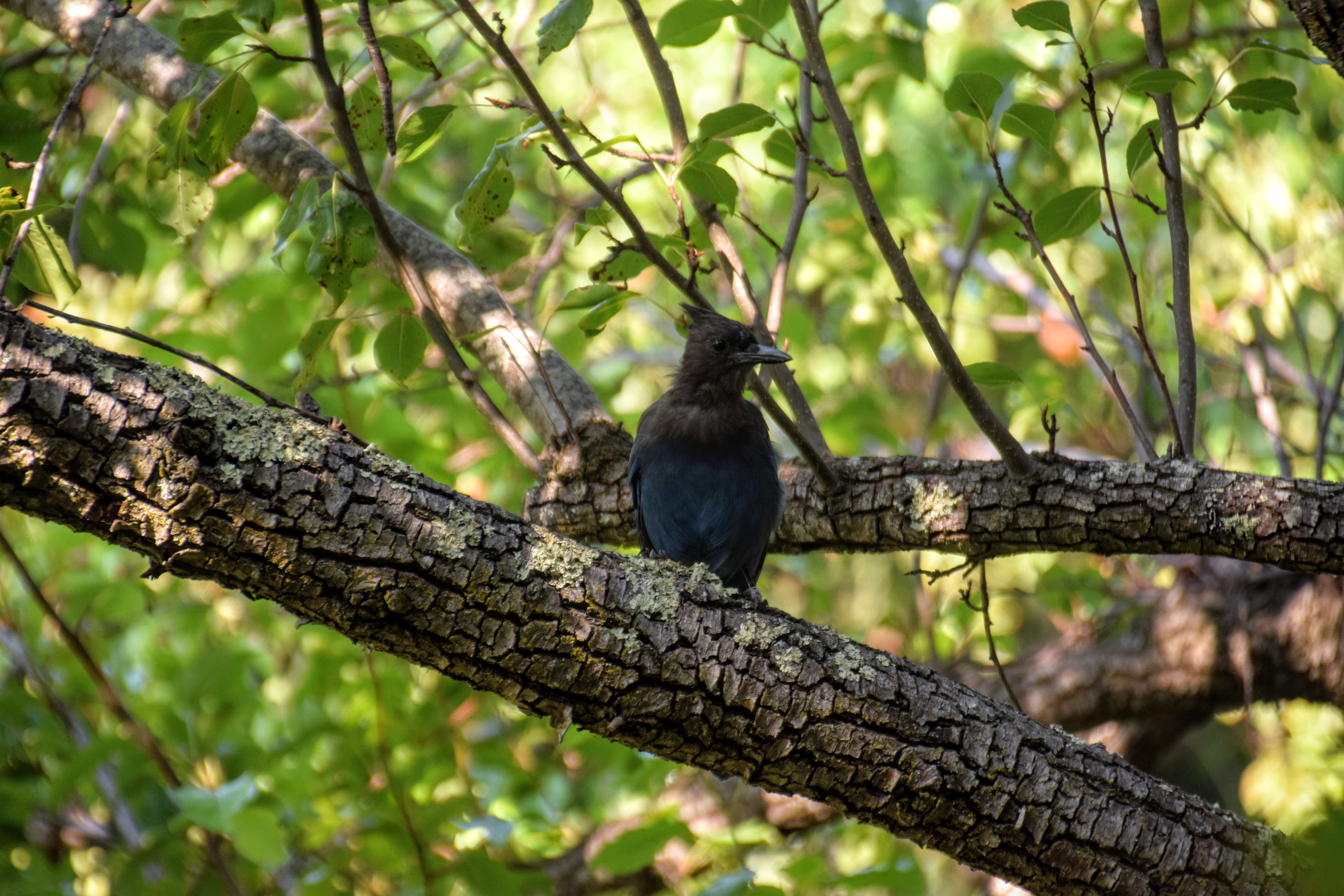 Finally, I was able to snap some pictures of this fledgling by putting myself between him and his home tree. At first he was curious, but when I kept taking pictures and not moving off, he got a little distressed and called his mom over. 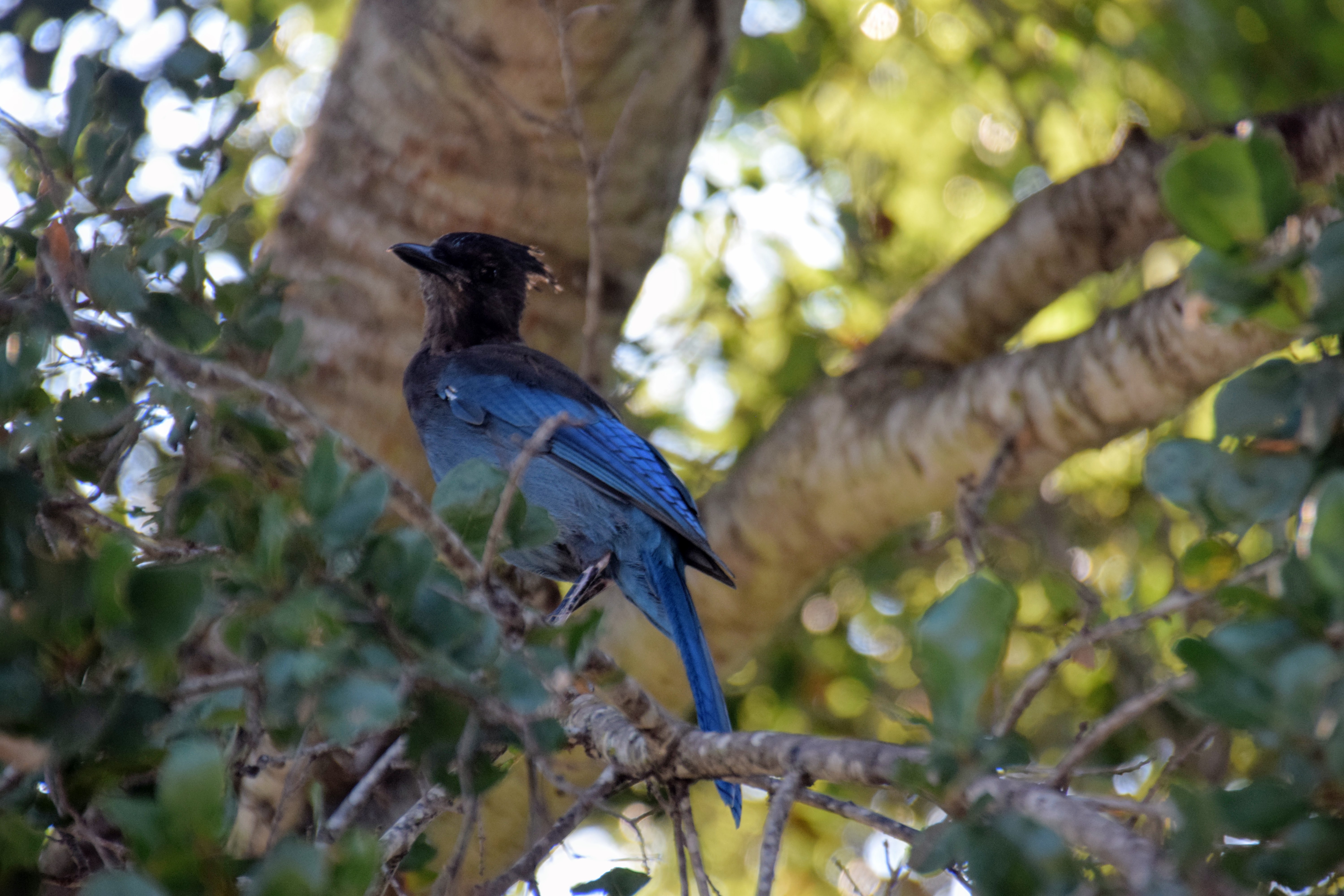 She was not pleased with my bothering her son, so I scooted. I’m really happy with these photos though!

My uncle, who introduced me to birding, calls them “LBBs”. (He’s really my dad’s brother…my dad calls our dogs “LBDs”.) A lot of bird diversity in California seems to fall into this group–there are so many varieties of LBBs, and it’s hard to accurately tell some of them apart. Actually I guess most of the ones in this section are little gray birds. 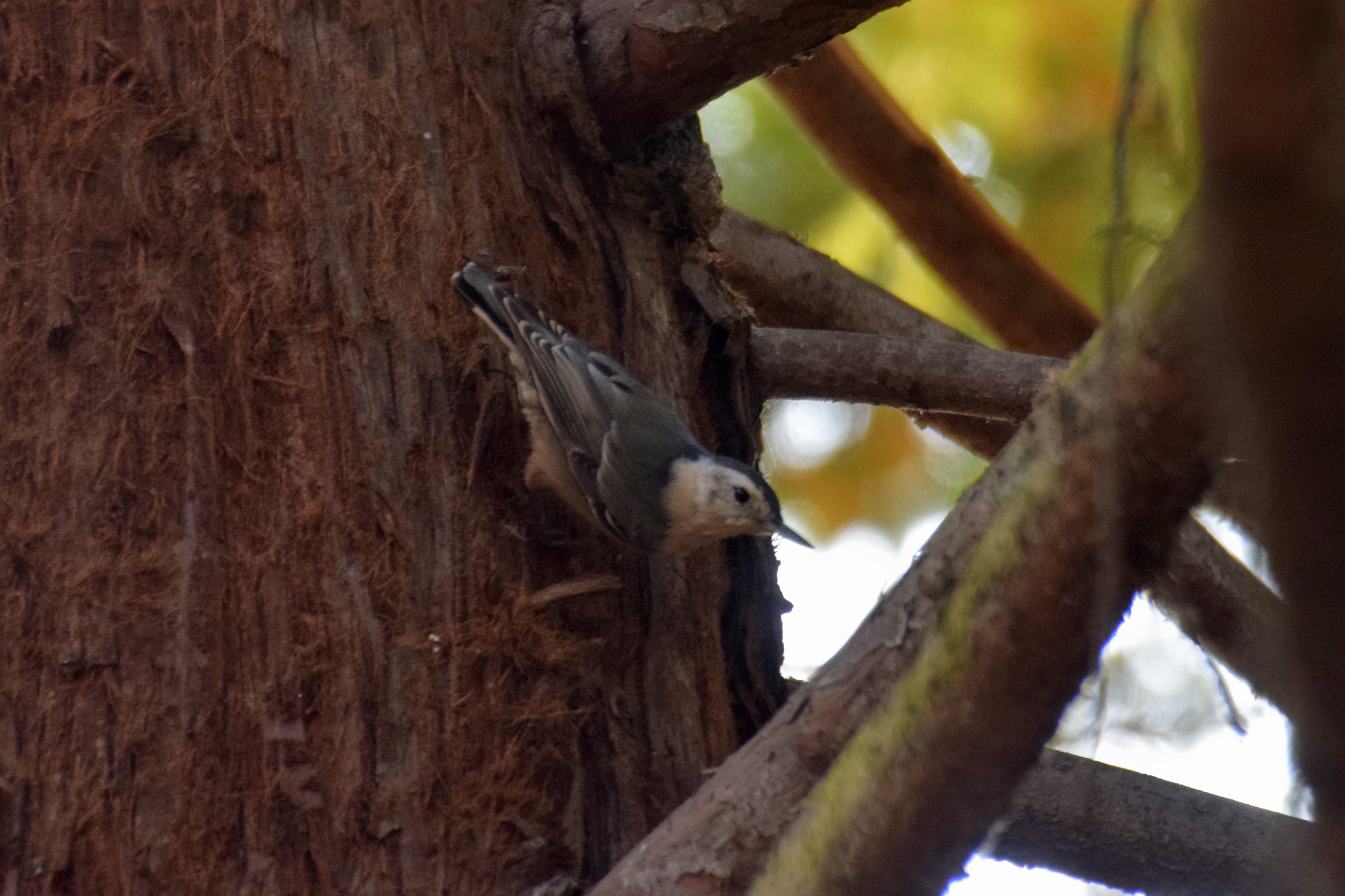 This is a white-breasted nuthatch. It looked like they were hammering at the bark of this tree like a woodpecker, but what they were actually doing was wedging a seed or hard-shelled insect into a crack and then hacking it open with their beaks. They’re very acrobatic, and had no problem scurrying up, down, and upside-down all over the tree. 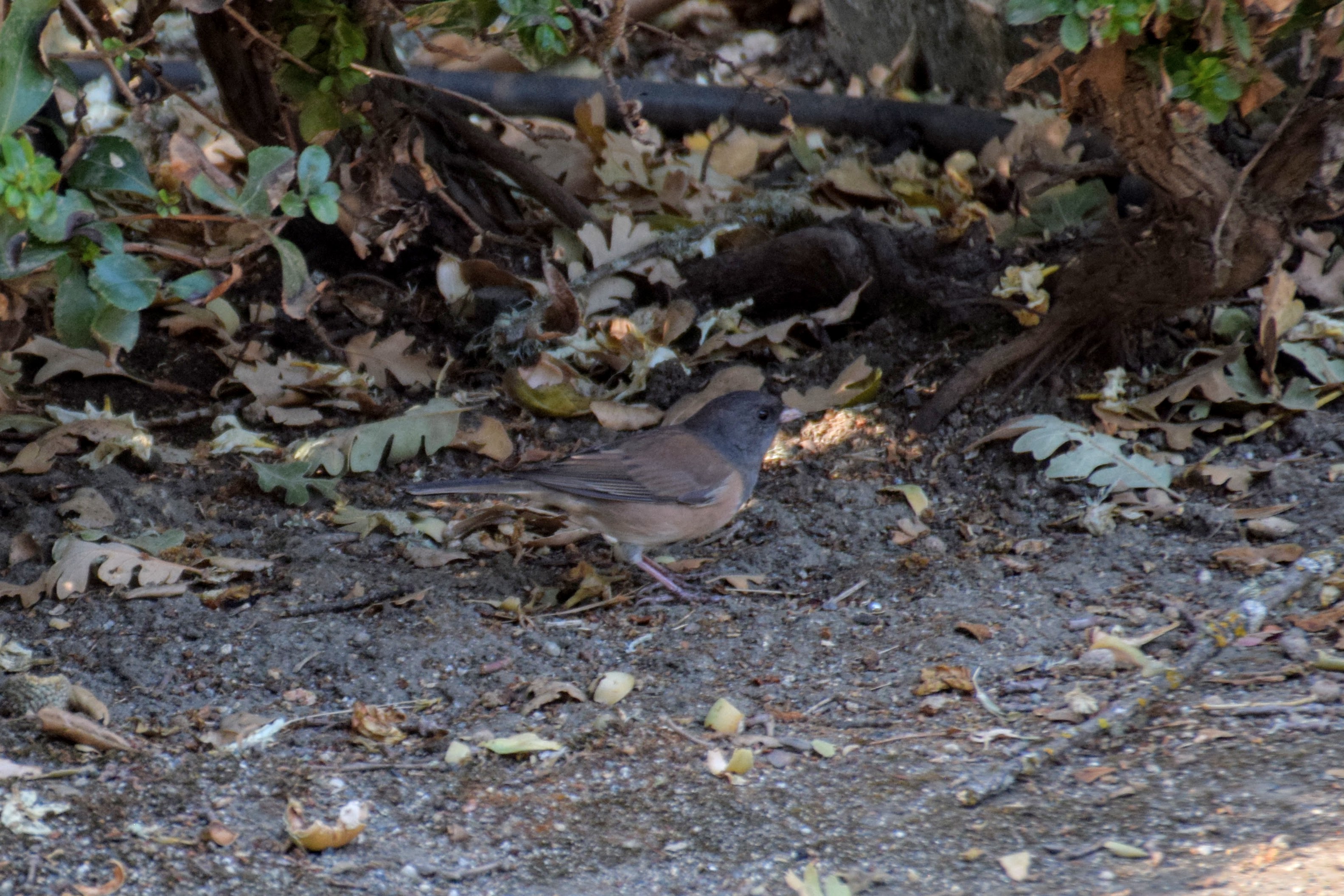 Last dino-photography post I showed off my leucistic Oregon junco neighbor, Bianca, but didn’t show what a typically colored junco looked like. This is a pink-sided junco, one of a few different color morphs of the dark-eyed junco species (Oregon being another color morph similar to pink-sided). Both pink-sided and Oregon juncos are super common where I live. 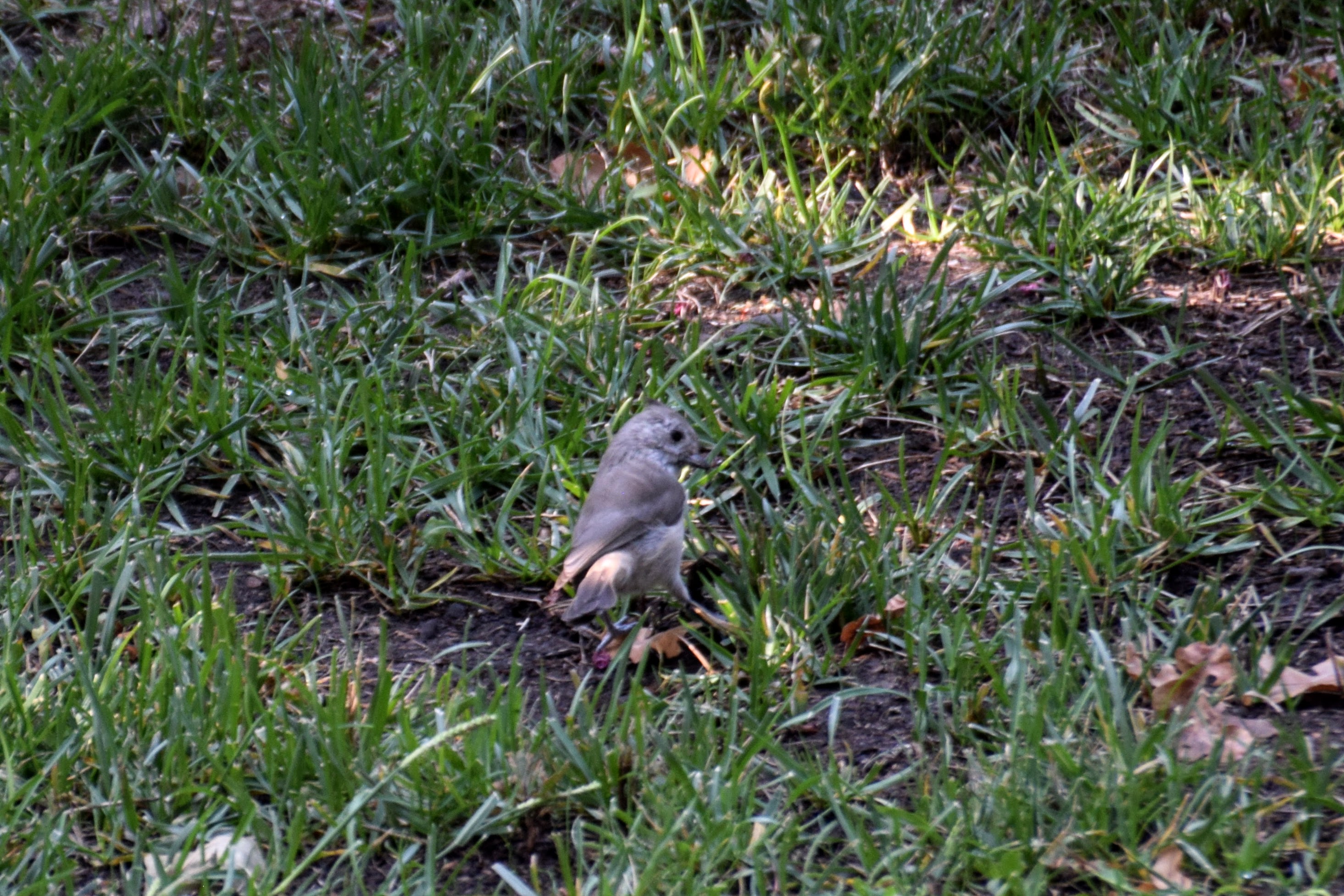 This oak titmouse was foraging in the grass alongside a couple of juncos, and I caught it at a weird moment. It looks taken aback by something. 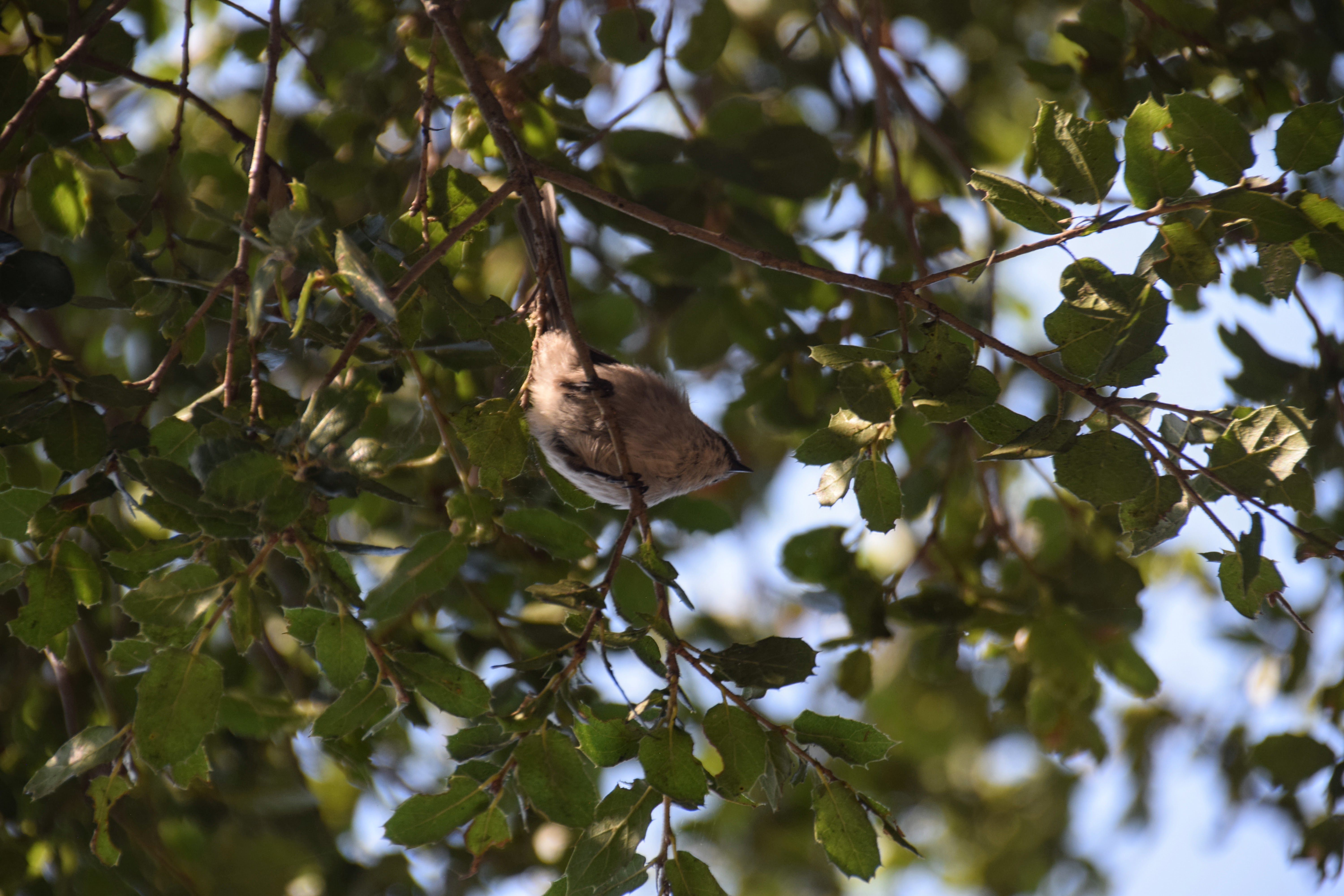 The American bushtit is by far the smallest non-hummingbird dinosaur I’ve ever seen. There were many of them in this one tree, hopping incessantly around from twig to twig, so it was hard to get them in focus long enough to take a picture. Of course, all my pictures of them are from below. 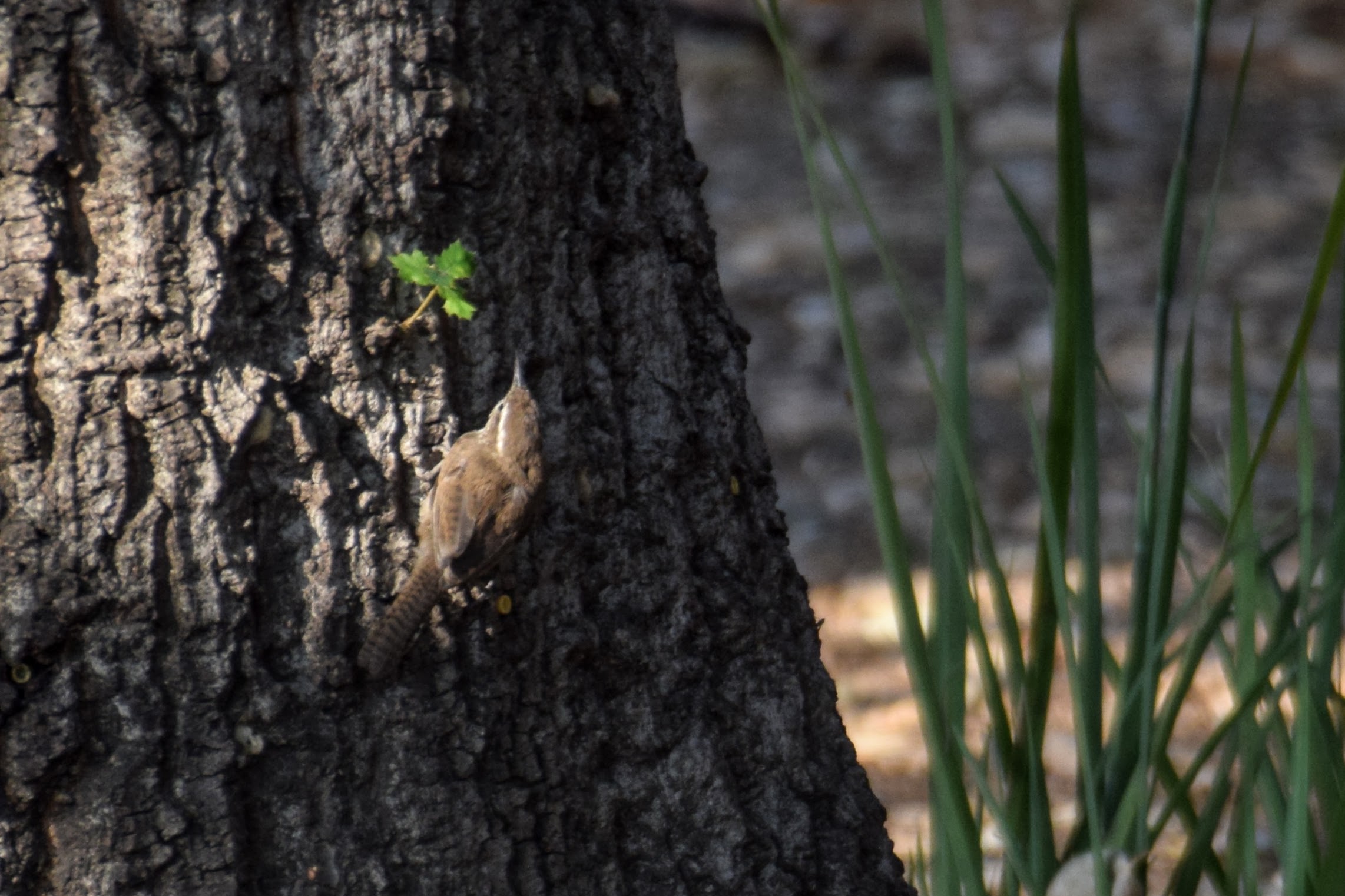 Bewick’s wrens are insectivores. I like their white eyebrows. Not much to say about this one. 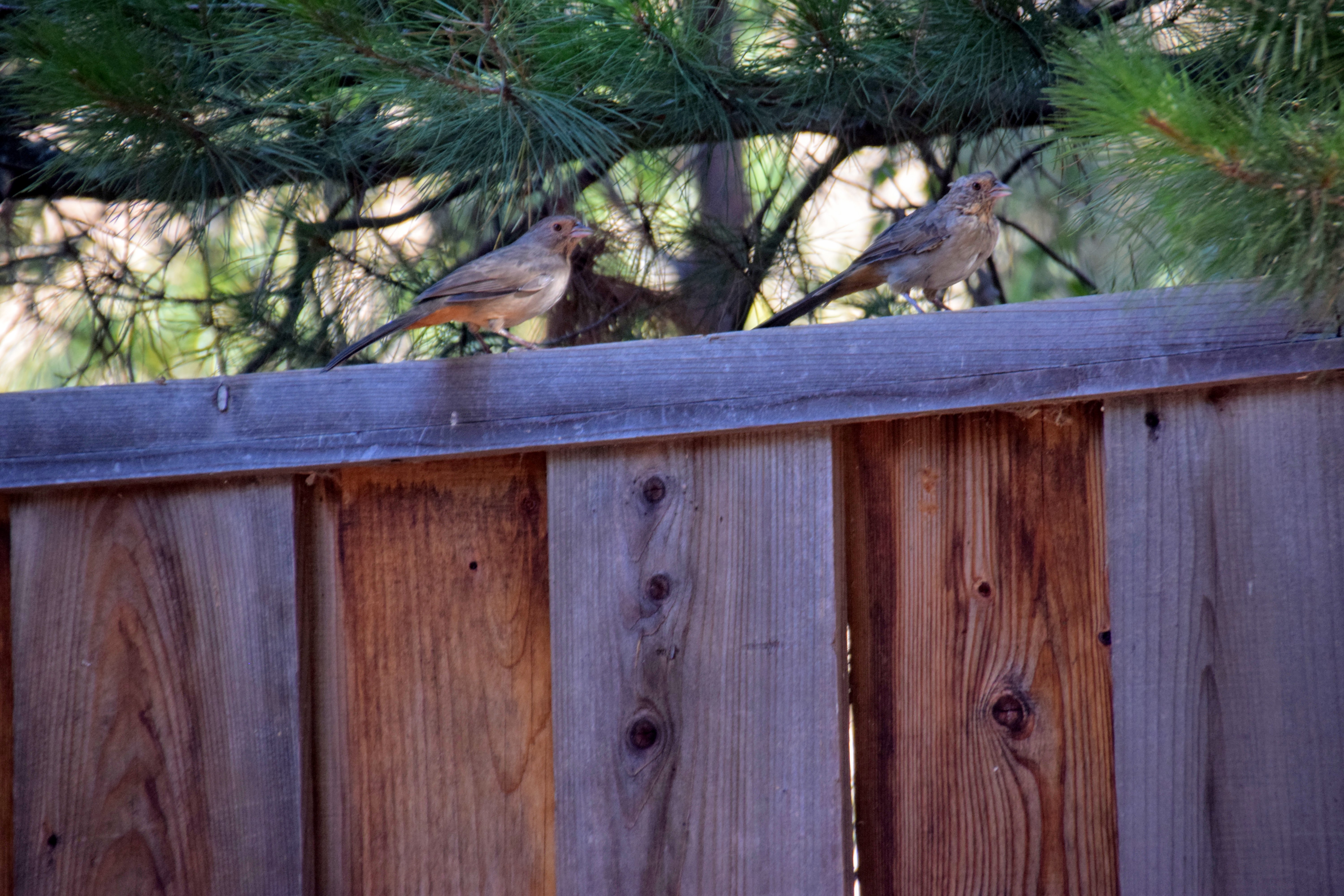 California towhees are pretty drab, robin-sized birds, and are very common where I live. They nest in poison oak and are known to attack their reflections in car mirrors. I’m not sure if these two are a couple or just friends, but I was happy to get two in one shot.