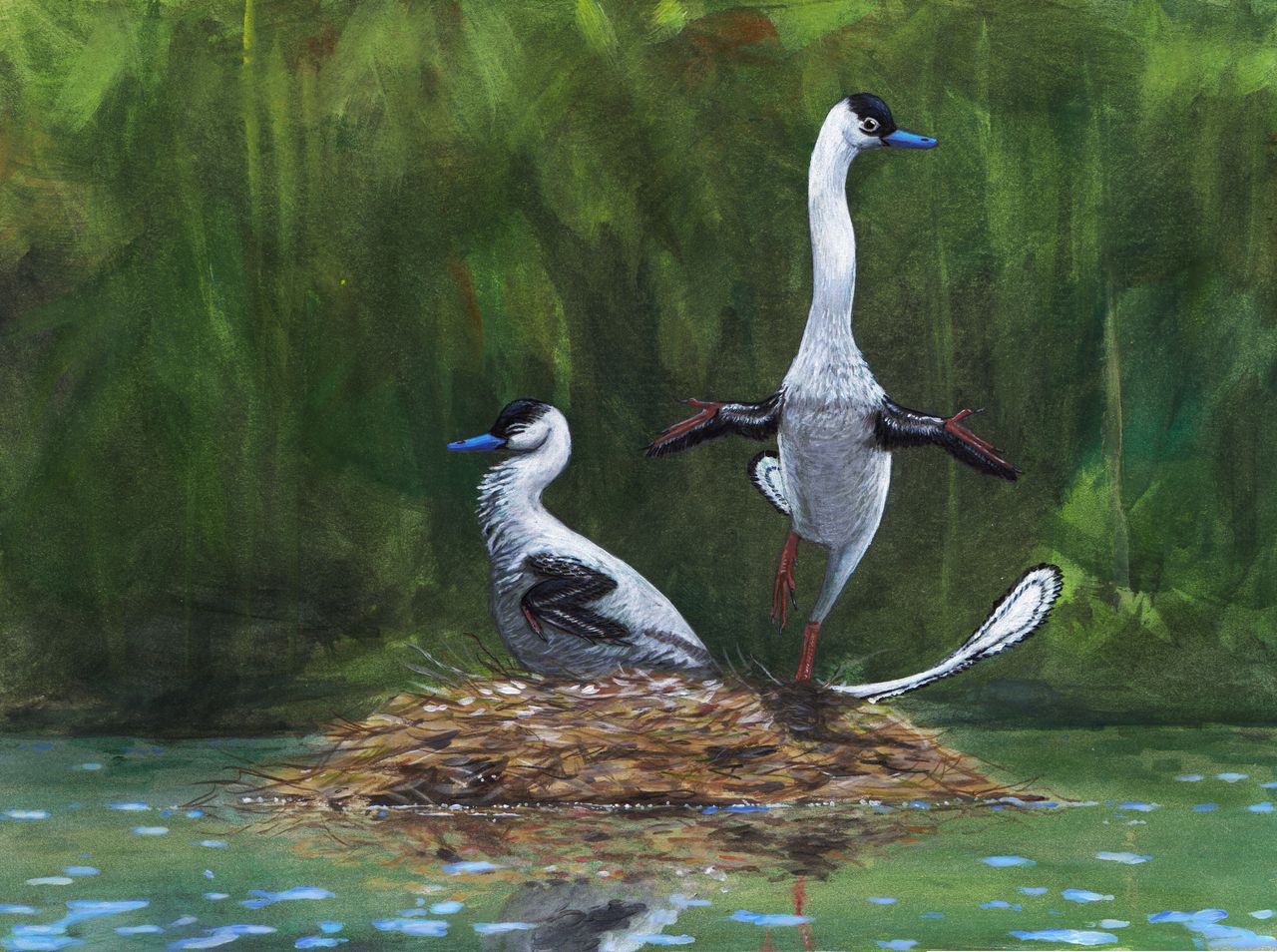 As I’ve mentioned before, evidence of non-avian dinosaurs living semi- and fully-aquatic lifestyles is few and far between, so whenever a new fossil is described indicating a dinosaur may have lived in the water, the paleontology and paleoart communities get super excited. That’s what happened when Halszkaraptor was announced in 2017: a duck-sized, long-necked, heavy-boned “raptor” dinosaur that may have lived in and around the water and hunted fish by diving and quickly extending its neck.

Why do we think it was semi-aquatic? It had dense bones, which would’ve acted as ballast to let the animal dive and swim rather than bobbing to the surface, and its center of mass was further forward than that of terrestrial theropods, an adaptation for staying horizontal in the water. Halszkaraptor’s forelimbs were proportioned like those a merganser or a cormorant, indicating that it swam using its arms. Its skull shows specializations for a semi-aquatic lifestyle as well: it had lots of unserrated teeth that would’ve been good for catching fish, and it had pits in the front of its snout, similarly to crocodiles and spinosaurids, which may have housed electrosensing or pressure sensing organs. 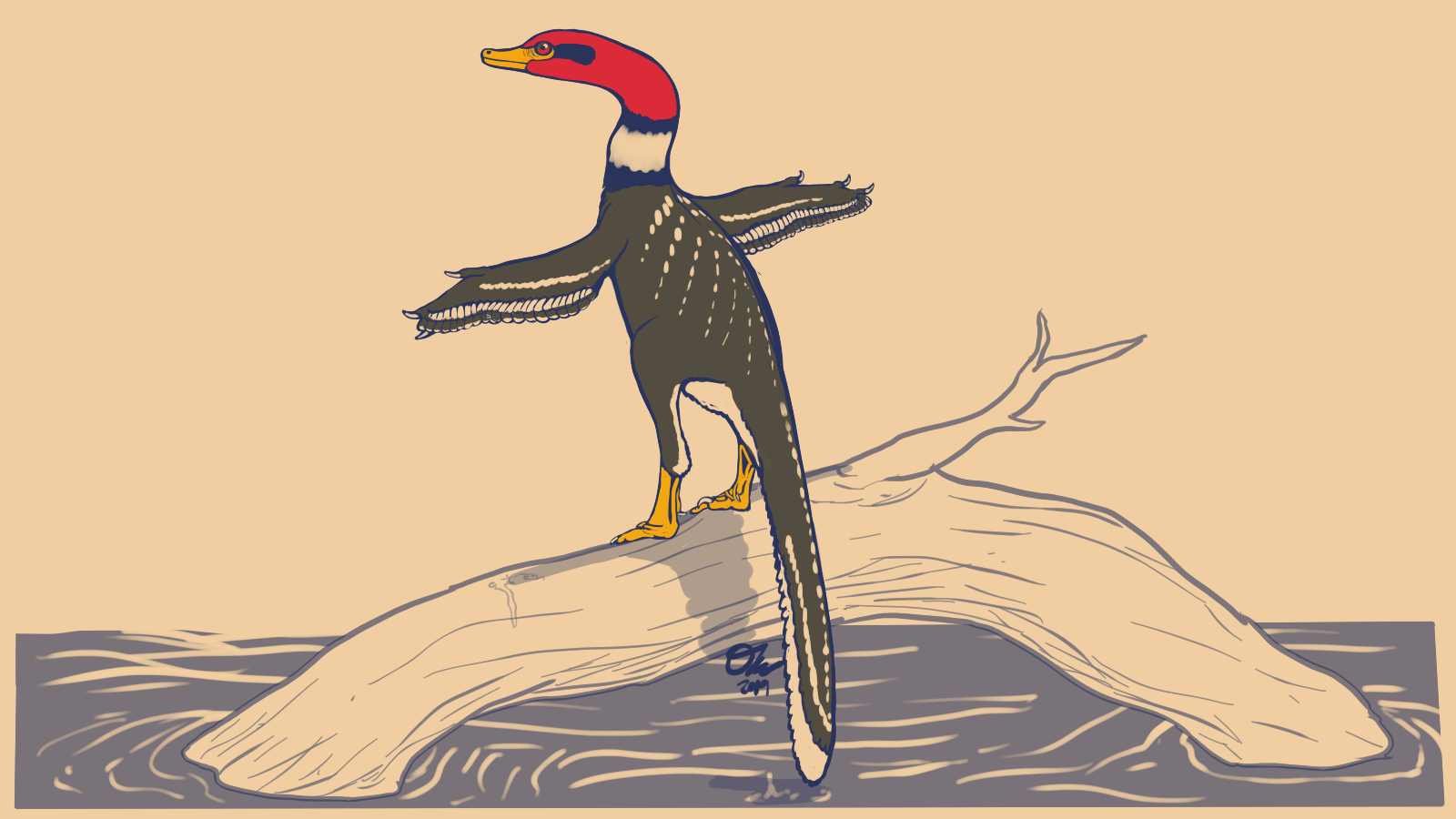 All this was known in 2017 when the holotype was described by Cau et al, but some people were still skeptical. A paper published in 2019 by Chase Brownstein proposed many completely different explanations of Halszkaraptor’s unusual traits, arguing that it was just a transitional dromaeosaur. However, the original author published a rebuttal in February of this year that’s free to read online in its entirety, in which he uses a statistical approach to compare Halszkaraptor with other dinosaurs and construct a phylogenetic tree, in order to find out which traits were ancestral and which were convergent, and who Halszkaraptor is related to. His results further solidify the interpretation of Halszkaraptor as being a semi-aquatic diving piscivore–many of its traits were convergent with spinosaurs, a different group of dinosaurs also thought to be semi-aquatic. 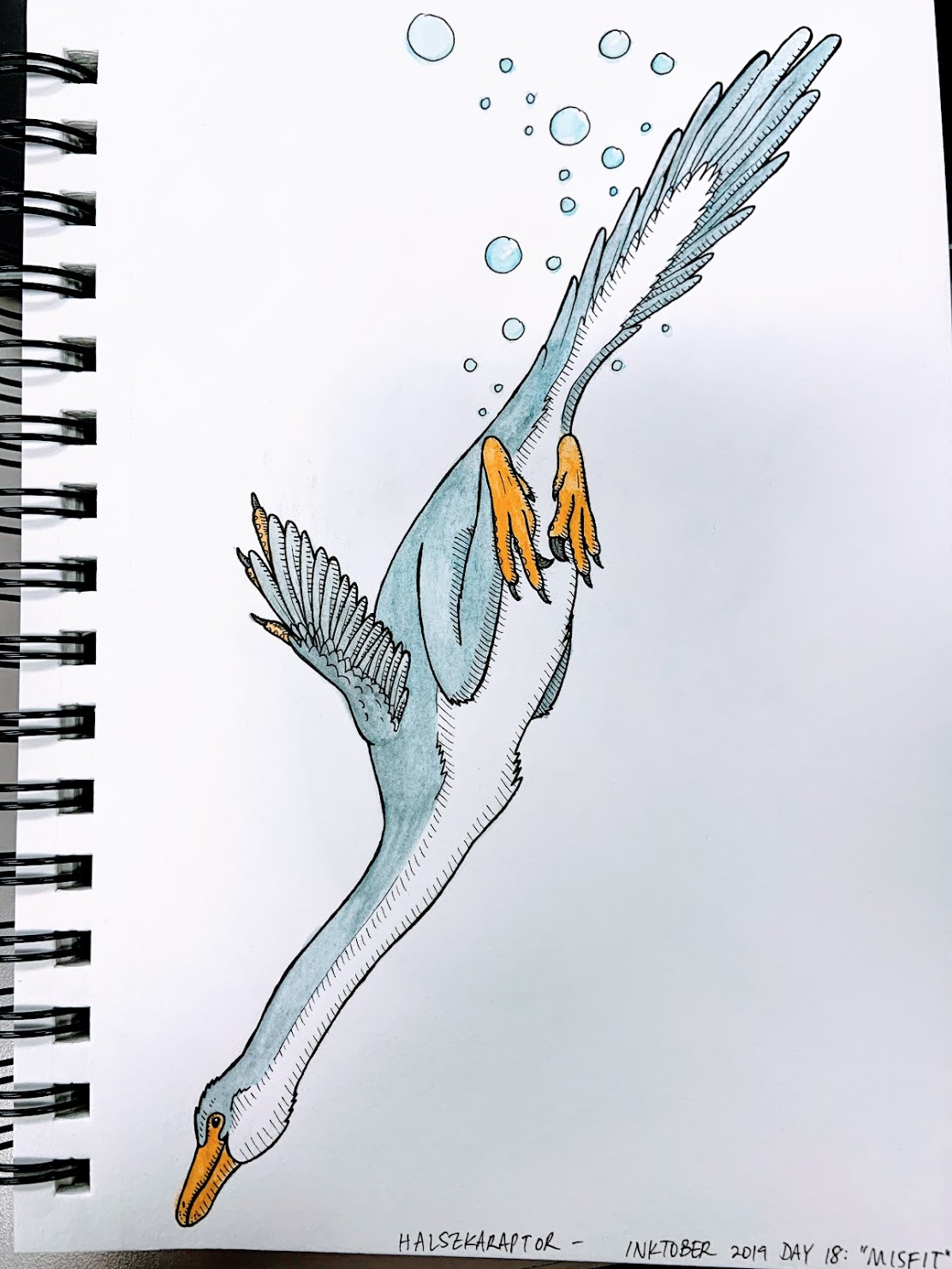 Discoveries like these, which show how hyper-specialized ancient creatures could be within certain ecological niches, help to dispel the myth of evolution as a stepwise process of improvement. Prehistoric environments were just as complex and competitive as modern ones, and the animals that populated them were supremely well adapted to life in those environments. The way Halszkaraptor caught fish was recreated 75 million years later by mergansers and cormorants because it was a good way to catch fish! 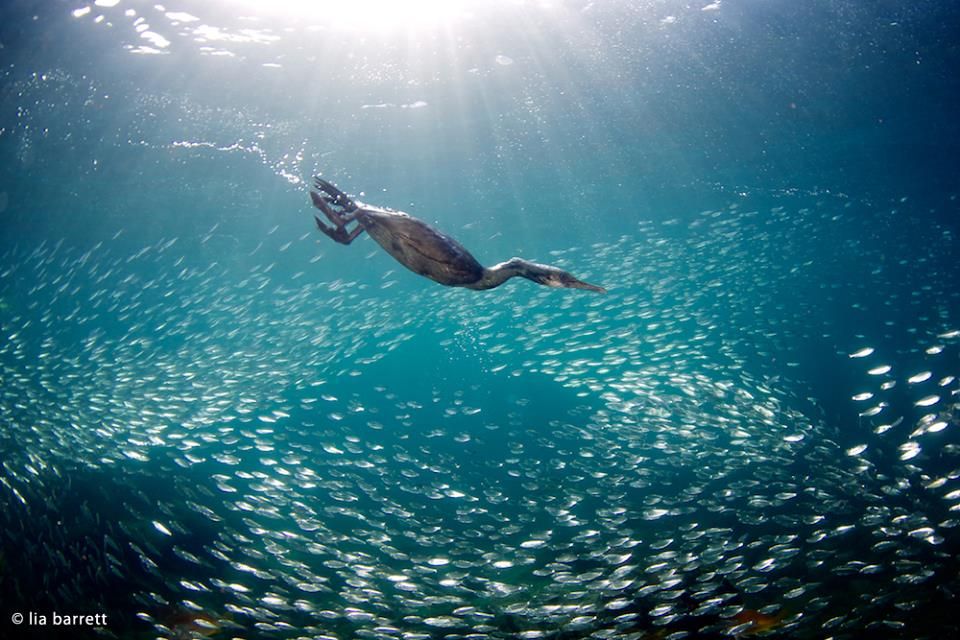 I live in a place where double-crested cormorants are not uncommon. Whenever I see one, I’m happily reminded that it’s filling the shoes of its ancestral cousin, and I imagine that a Deinocheirus could be right around the corner!