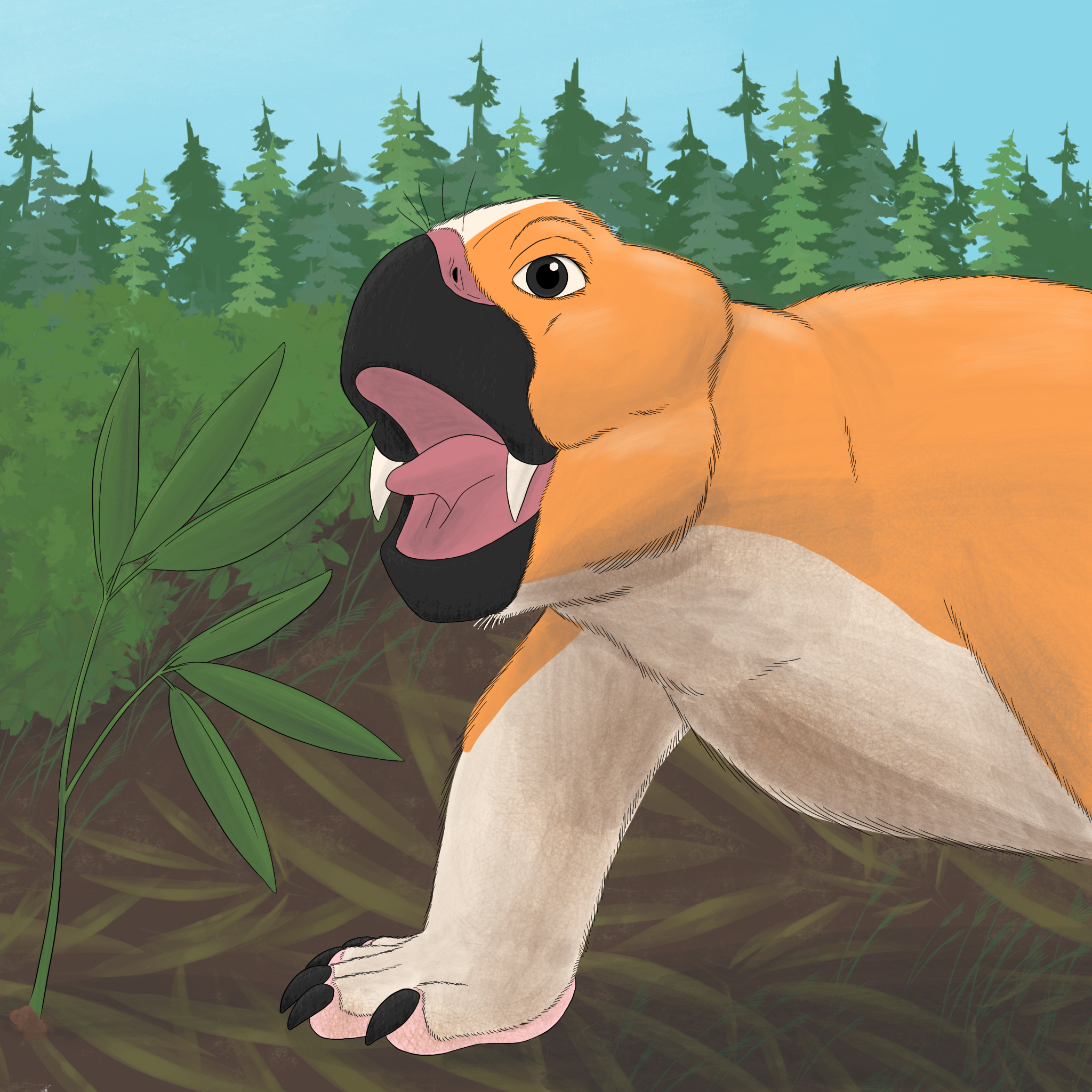 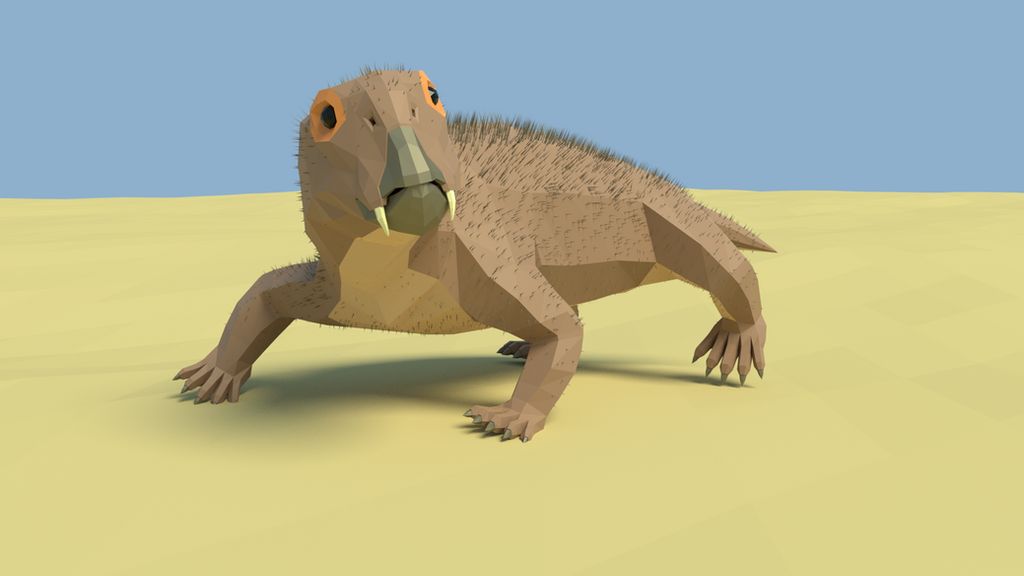 Lystrosaurus (meaning “shovel reptile”) was a small-dog-sized herbivorous stem-mammal known from the late Permian to Early Triassic, found everywhere across Pangea. It was a dicynodont (meaning “two dog tooth”), and like other dicynodonts it would have been endothermic (warm-blooded), and had a toothless beak except for the two large tusklike canine teeth from which the group gets its name. Dicynodonts came in all sizes, from the foot-long Myosaurus to the elephant-sized Lisowicia, but they all shared the same roly-poly, semi-sprawling body plan. Modern mammals are descended from the cynodonts, not the dicynodonts, and both groups are thought to have developed endothermy independently.

The remarkable thing about Lystrosaurus is that it not only was one of the survivors of the Great Dying, the worst mass extinction in Earth’s history, but it thrived through the transition, representing 95% of fossils in boundary deposits. 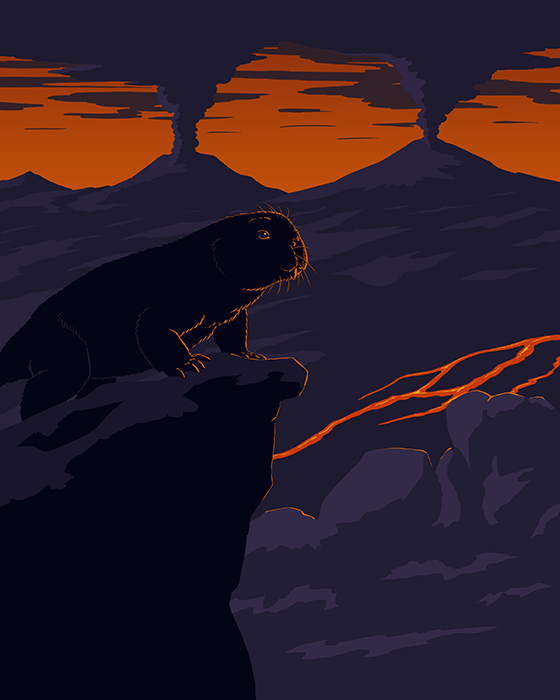 Why did Lystrosaurus inherit the world when 96% of marine species and 70% of terrestrial species perished? There are a few hypotheses, though it may be a that a combination of factors played a role. Fortunately, brand-new research helped to shed a little more light on the situation (and inspired me to write this post).

Lystrosaurus had a lot of adaptations that may have been helpful in a post-apocalyptic landscape. It was a burrower, so it could hide out in burrows to wait out particularly bad apocalypse weather, such as acid rain, poison clouds, falling embers, etc. It also may have been already adapted to a low-oxygen environment, since burrows aren’t known for their circulation, and thus would have been better able to withstand the stale atmosphere created by massive volcanic activity. However, just being a burrower wouldn’t’ve been enough, since other animals known to be burrowers, such as Thrinaxodon and Procolophon, didn’t fare nearly as well.

As a side note, I’m attending the Society of Vertebrate Paleontology’s (virtual) annual meeting this week, and watched some research presentations about dicynodonts in general and about Lystrosaurus in particular. New specimens of Diictodon, another small burrowing dicynodont, have been uncovered in the Karoo Basin of South Africa that preserve adults in their burrows with babies–and they can even tell that the babies were from the same litter! So it’s not unreasonable to conclude that Lystrosaurus may have used its burrows as dens for rearing its young as well. 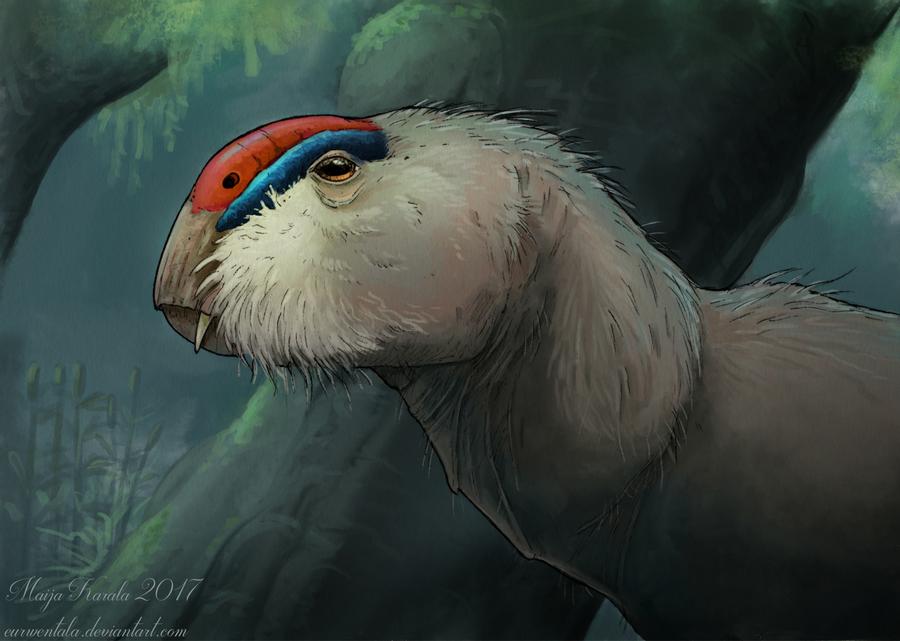 As a generalist eater, Lystrosaurus would have been better able to cope with changing resource availability. That generalists tend to survive environmental upheaval better than specialists is a well-known phenomenon, but again, why Lystrosaurus and nothing else? Other generalists such as the ratlike Tetracynodon are known to have survived the Great Dying, but in very small numbers compared to the globetrotting Lystrosaurus. Similarly, the “Lilliput effect,” or the preferential survival of smaller-bodied animals after a mass extinction, applies to both Lystrosaurus and Tetracynodon, so it can’t effectively explain Lystrosaurus’s dominance. A paucity of predators may similarly have contributed to, but doesn’t explain, Lystrosaurus’s disproportionate success.

Another factor that would have given Lystrosaurus an advantage going into the extinction event was the fact that it seemed to already be doing quite well in the Permian–its starting population was high, so even if it lost the same number of individuals as a different genus, it may have had the necessary number of survivors to bounce back. However, this just pushes the question back farther: why was it successful in the Permian?

The newest research indicates that it may have been Lystrosaurus’s ability to hibernate that made it such a good survivor. Bone histology (taking thin cross sections of a bone and looking at the growth patterns) of tusks belonging to Antarctic specimens of Lystrosaurus show an on-and-off growth pattern characteristic of hibernating animals. If Lystrosaurus could hibernate, it would have been able to wait in its burrow for a really long time for external conditions to improve. 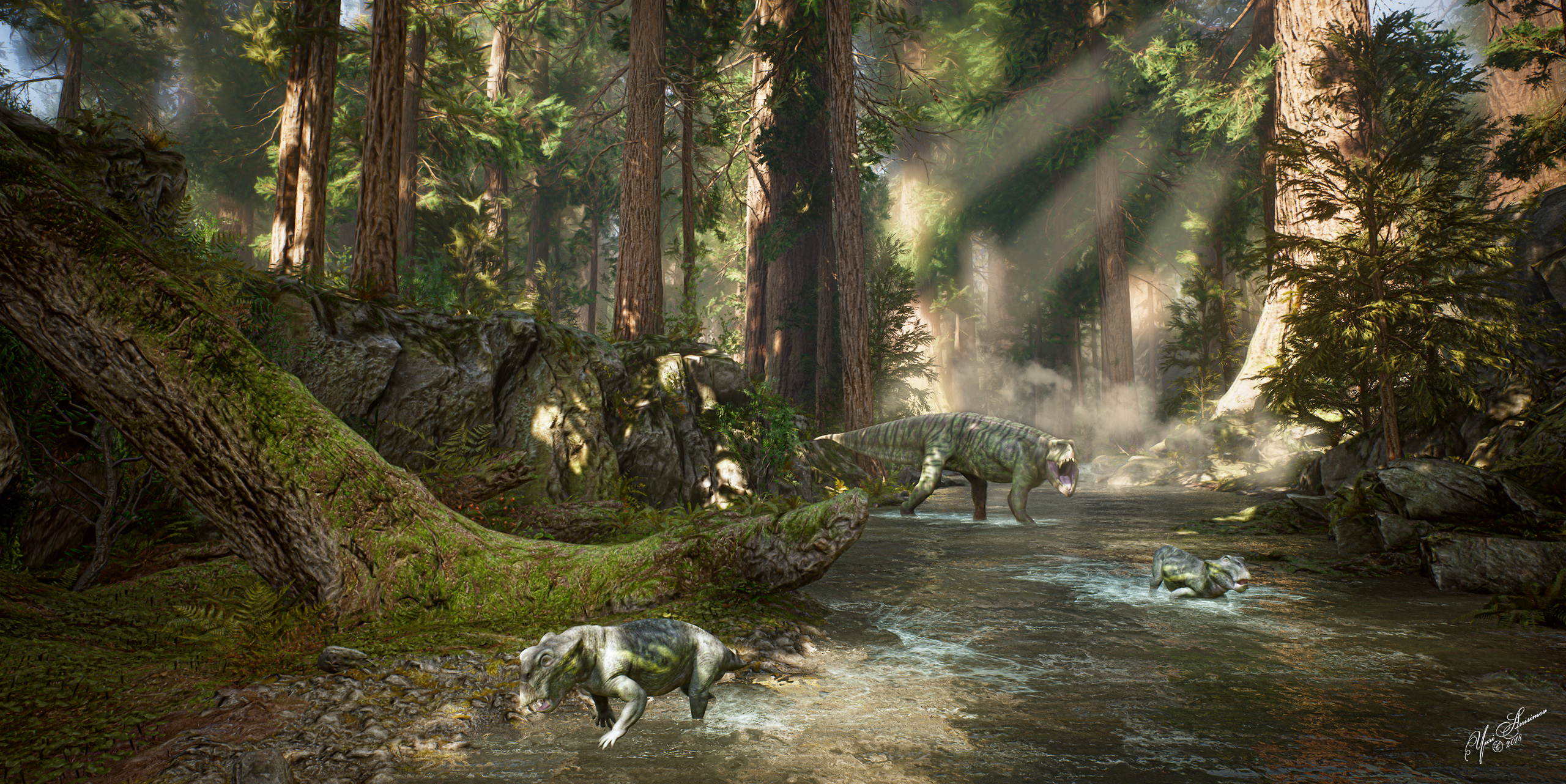 And improve they did, after five, ten, or thirty million years. In the Triassic Period, archosauromorphs diversified, with terrestrial pseudosuchians (crocodile relatives), early dinosaurs and their close relatives, and others filling a variety of niches. The rise of new large predators would have culled the Lystrosaurus population, and competition from other, more specialized herbivores such as rhynchosaurs (which to me look just like a reptile version of Lystrosaurus) would have diminished it further. Finally, after a reign of five million years, Lystrosaurus went extinct. But wow, what a reign. Not even humans can say we dominate the planet like Lystrosaurus did–we don’t single-handedly account for 95% of land animals.